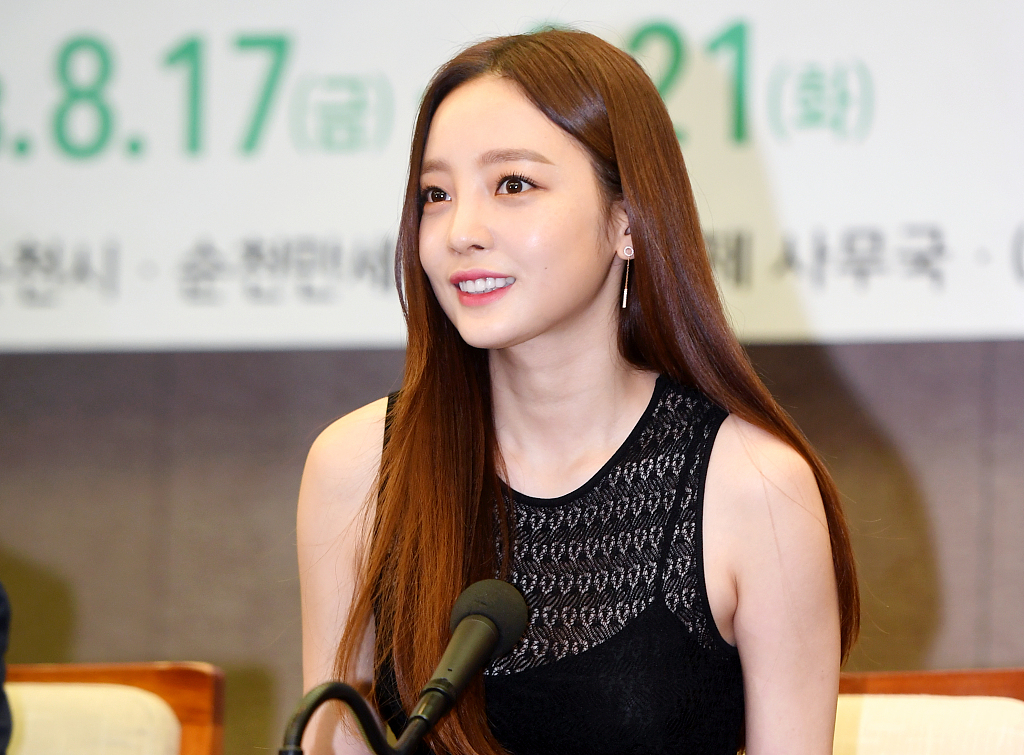 The body of Goo, a member of former girl group Kara, was discovered Sunday evening at her home in Cheongdam, one of Seoul's wealthiest neighbourhoods.

Police were still investigating her cause of death and Yonhap news agency reported they were "keeping the possibility of suicide in consideration".

In May, the 28-year-old star apologised to her fans after being hospitalised following a suspected suicide attempt, saying she had been "in agony over a number of issues".

Goo was abused by an ex-boyfriend last year who -- after they split -- blackmailed her over their sex videos.

The ex, hairdresser Choi Jong-bum, threatened "to end her entertainment career" by leaking the footage, and a CCTV clip of the couple showed the singer kneeling before him apparently begging him not to.

In the conservative South, women who appear in such videos often feel shame -- despite being the victims -- and face ostracism and social isolation if the images become public.

The man was convicted of multiple crimes including blackmail in August and was given a suspended jail term, but the star had been targeted by abusive online comments since the incident.

Before her body was discovered on Sunday her Instagram account was flooded with hate comments about her appearance and her history with her ex.

Goo made her debut in 2008 with Kara -- for several years one of the two biggest K-pop girl groups -- and pursued a solo career after the group broke up, completing a tour of Japan last week.

Her death sparked an online petition on the website of the South’s presidential office calling for stronger punishments for cybercrimes and abusive online comments, which garnered more than 20,000 signatures in less than a day.

South Korea has one of the world's highest rates of suicide which, according to recent government figures, is among the top causes of death for those under 40.

Goo's death comes a month after Sulli -- a fellow K-pop star and her close friend -- took her own life in October after a long struggle with online bullying.

Beneath the glitz and glamour, the K-pop industry is known for its cut-throat competitiveness, lack of privacy, online bullying, and relentless public pressure to maintain a wholesome image at all times and at any cost.

K-pop stars like Goo and Sulli are picked up by agencies at a young age -- usually in their early- or mid-teens -- and live under tight control, with their days taken over by gruelling singing and dancing training.

Earlier this year Goo had spoken out about abusive comments, depression, and her difficult life as a celebrity.

"We have to be careful about every move we make in our lives and are suffering from a pain that we can't share even with our friends and family," said Goo, adding that anyone can struggle with depression.

"You all have freedom of expression, but can you please look back on yourself before posting a hate comment?" she said.

Fans mourned the star's death and lamented that she was unable to hear the voices of support.

"The stars appear to have a shining presence but they live with a pain that no one will understand," a fan wrote on Goo's Instagram account.

"How many more victims after Sulli and Goo will there have to be to understand that hate comments hurt others?" the writer added.

Another fan wrote: "Maybe you couldn't hear the voices of love and support because the voices of hate were too loud. My heart aches."