A passenger bus plunged off a road in central Sri Lanka on Saturday, killing 14 people and injuring more than 30. 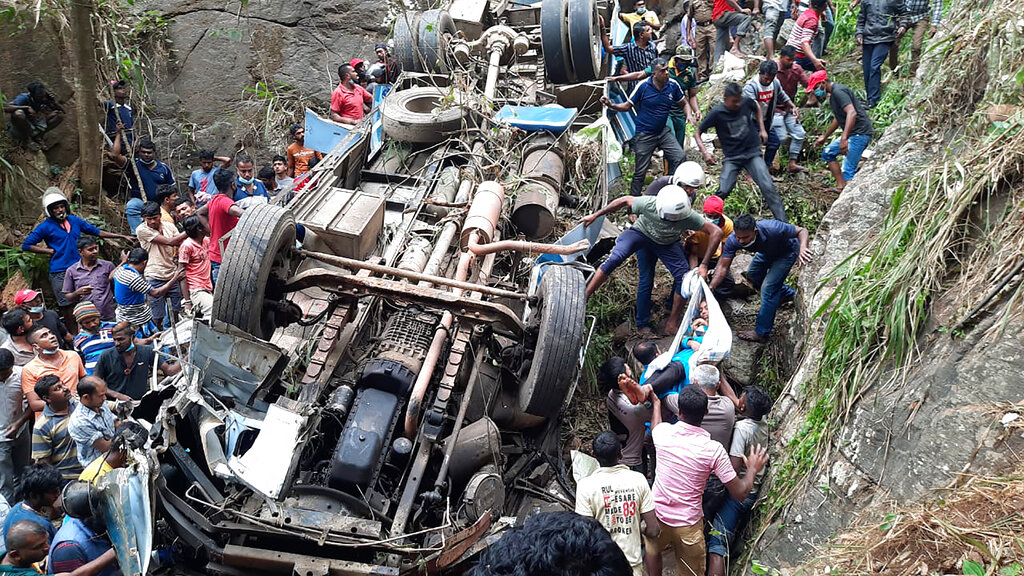 Sri Lankan police officers and rescuers lift out the body of a survivor from the debris of a bus that plunged into a precipice in Passara, about 240 kilometers east of Colombo, Sri Lanka, Saturday, March 20, 2021. (Photo: AP)

Police said the bus fell off a precipice near the town of Passara, about 240 kilometers (150 miles) east of Colombo, its stated destination.

Police spokesman Ajith Rohana said an initial investigation indicated driver negligence caused the accident. The driver was among the dead.

Local media reported more than 70 passengers were on the bus.