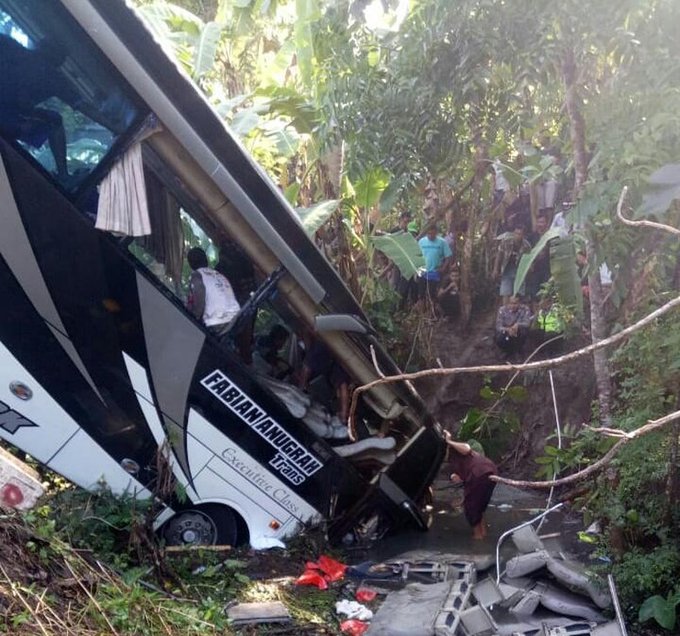 JAKARTA, Dec. 7 (Xinhua) -- Five people were killed and 24 others were wounded after a bus collided with a motorcycle and plunged into a river in Indonesia's East Java province on Saturday, police said.

The accident occurred when the bus carrying teachers and kindergarten students was avoiding a truck which was breaking down on a bridge in the province's district of Blitar, but the bus collided with a motorcycle coming from the opposite direction and plunged into a river, said Didik Sugianto, head of the traffic unit of the district police office.

"All the victims have been rushed to a nearby hospital," he said in the district, referring to the Ngudi Waluyo General Hospital.

The police officer confirmed that five people were dead on the spot.

Director of the hospital Endah Woro noted that 24 victims of the accident were being treated in the hospital.

"Many of them suffer from wounds on their heads and other parts of their bodies and some may undergo surgeries," the director said.

An investigation has been carried out.