WORLD Bus crashes into tractor-trailer in US Virginia, 19 hospitalized

Bus crashes into tractor-trailer in US Virginia, 19 hospitalized 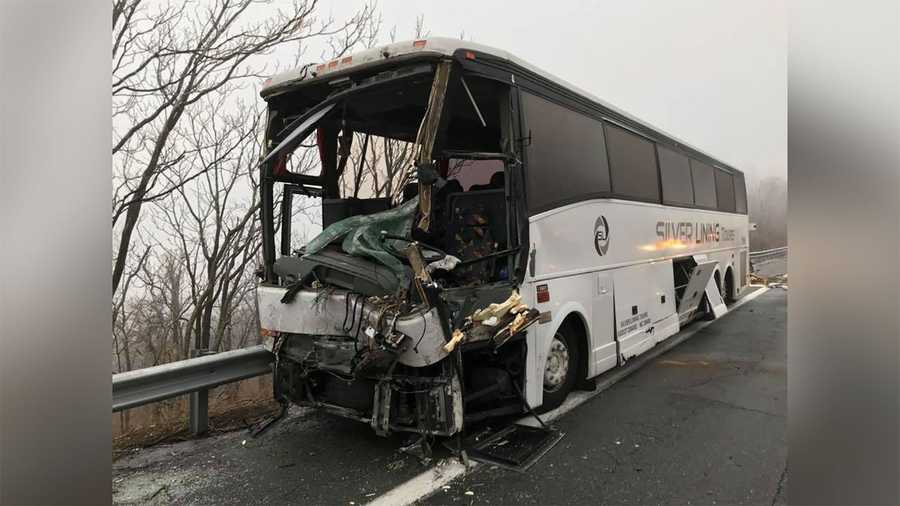 The driver of a tractor-trailer lost control, and the semi truck filled with mail overturned, state police said. A nearby charter bus wasn't able to avoid the overturned semi and struck it, according to a CNN report.

No fatalities were reported. The injuries of those hospitalized range from serious to minor, said the report.

"The impact of the crash split the tractor-trailer in half," Geller said. "The bus ran off the right side of the highway and came to rest against the guardrail."

The crash happened around 4:30 a.m. local time on a highway about 25 miles (about 40.2 kilometers ) west of Charlottesville, Virginia.