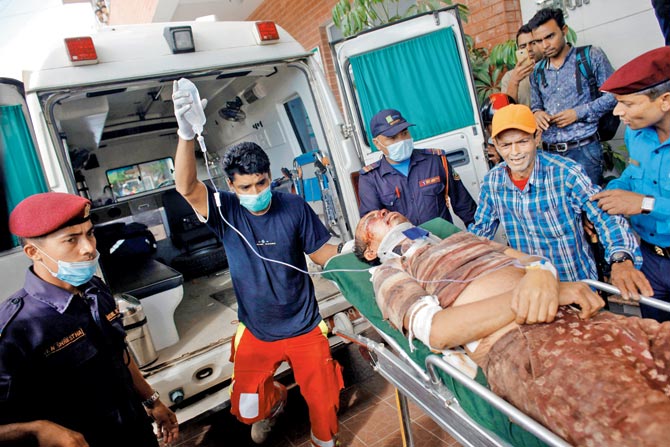 One of the injured being taken to the hospital. Pic/AP

A passenger bus heading toward Nepal's capital has veered off a key highway early Saturday, killing at least 14 people and injuring 15, police said.

The bus drove off the highway early Saturday and plunged into the Trishuli River, which is known for fast currents, said police official Dhruba Raj Raut.

The bodies were pulled out from the site about 80 kilometers (50 miles) east of the capital, Kathmandu.

It wasn't clear how many people were aboard the bus and rescuers were searching for more possible survivors despite the strong current. Only a small section of the wreckage was visible.

Road accidents in Nepal, which is mostly covered with mountains, are generally blamed on poorly maintained vehicles and road conditions.