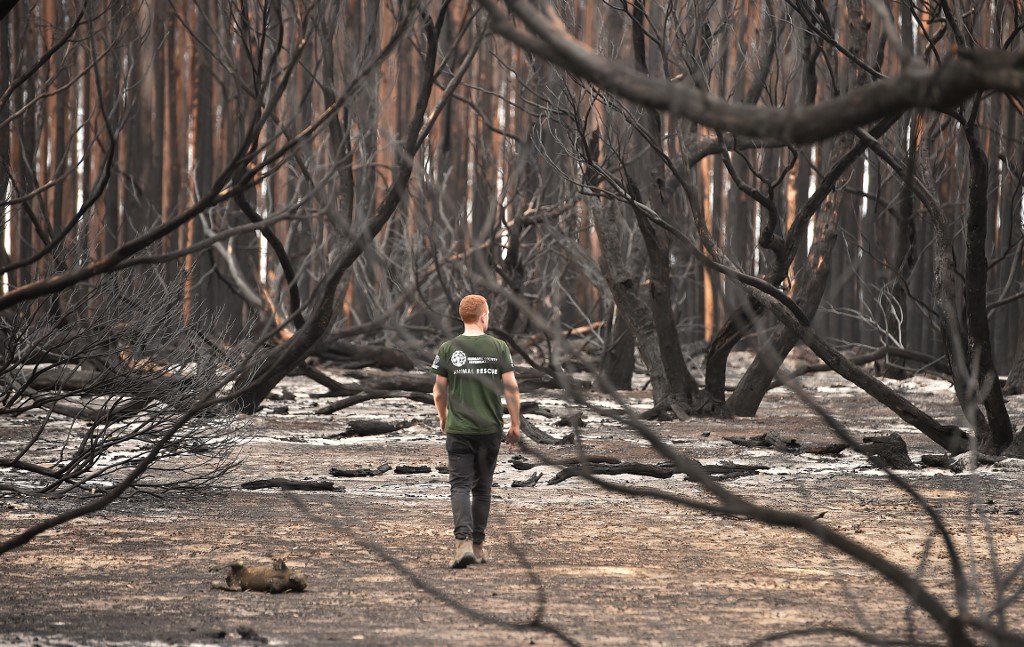 The Department of Fire and Emergency Services (DFES) issued warnings for the Spectacles, Orelia, Medina, Naval Base, Postans, Kwinana Beach and Hope Valley in the city of Kwinana.

An industrial rubbish dump was impacted by one of the fires, creating hazardous fumes which officials feared could pose a threat to public health.

Residents who remained in the immediate path of the blaze to the south of Perth were told to remain indoors and take shelter while those who could were instructed to evacuate.

"It's too late to leave, leaving now would be deadly. Hazardous fumes are in the air from a rubbish tip fire," the DFES said in a statement.

"People in the area should remain inside, out of the smoke or fumes, with doors and windows closed. Air-conditioners should also be switched off."

Residents in nearby areas were told to watch and act for developments as the fires burned to the south and southeast of Perth's greater metropolitan area.

Making firefighters job more difficult was a severe weather warning issued for parts of the Perth Metropolitan and Great Southern.

The Bureau of Meteorology (BoM) forecasted damaging winds averaging 50 to 60 km/h with peak gusts of up to 90 km/h.

"A strong high pressure system to the south of the state will result in a surge of strong easterly winds across the Darling Escarpment and foothills," the BoM said in a statement.