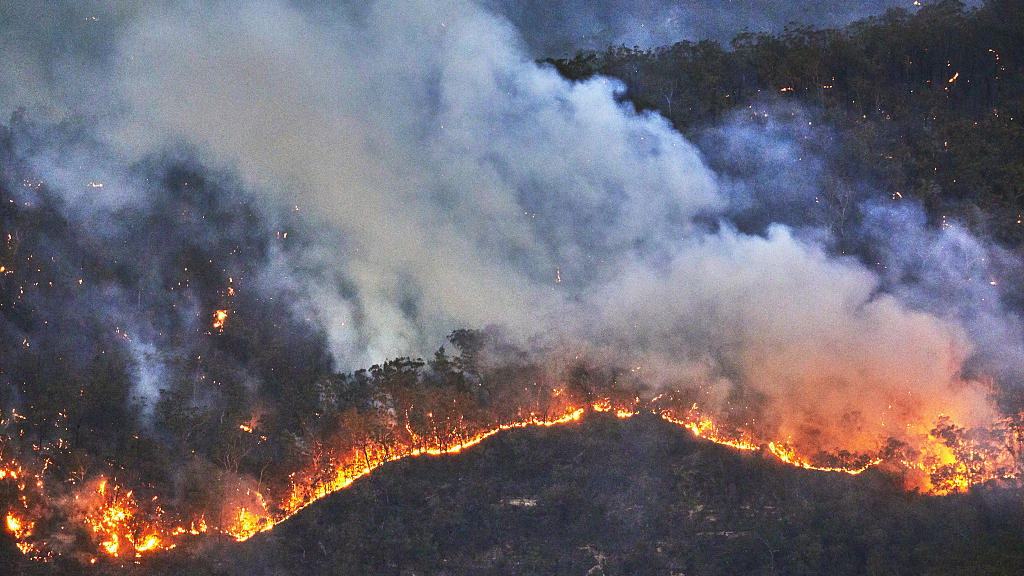 VIENTIANE, April 6 (Xinhua) -- Thousands of hectares of forests in the north of Laos have been destroyed by bushfires, the blazes are yet to be brought under control.

According to local authorities, bushfires have been reported in northern Lao province of Oudomxay, Luang Namtha, Luang Prabang and Phongsaly provinces, which bordering China, Myanmar and Vietnam.

In Oudomxay province, some 400 km north of Lao capital Vientiane, the bushfires have destroyed more than 18,000 hectares of forests in the Phouhiphi Protected Area and other protected forests since mid-March, according to the province's Agriculture and Forestry Office.

Local authorities and residents in Oudomxay and neighboring provinces have teamed up to fight the forest fires but the blazes are yet to be brought under control. Lao authorities are facing difficulties in accessing some areas in the mountains, and most of the areas are very dry.

The forest fire in Oudomxay spread to Luang Namtha province, some 360 km north of Vientiane capital, where many forested areas have been destroyed, local daily Vientiane Times reported on Monday.

According to an initial report, the blaze destroyed over 520 hectares of forest in five villages of Luang Namtha district.

A forest fire was also reported near the provincial hospital in Phongsaly province, some 732 km north of Vientiane capital, and authorities are trying to douse the flames.

Lao Ministry of Agriculture and Forestry, which is in charge of managing forest fires, has said everyone should take action to prevent fires, especially in the dry season. The ministry has directed provincial authorities to promote fire prevention strategies among local communities, especially those living near forests.

In 2020, most fires have been reported at national and provincial protected areas. Most of the fires were caused by the destructive activities of local people, including hunting within the protected areas, said the report.

These National Protected Areas contain some of the country's most unique and diverse plants and animals. Many of them offer the best environments for adventure activities such as trekking, rafting and camping.