WORLD Caldor Fire spreads to more than 98,000 acres in the US

Caldor Fire spreads to more than 98,000 acres in the US 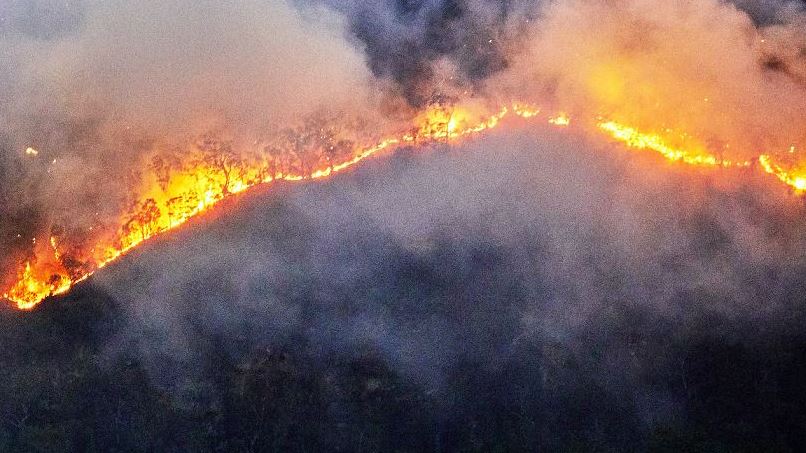 The Caldor Fire has destroyed more than 320 structures and is threatening another 13,000 as it continues to burn uncontained in Northern California. (File photo: AP)

The Caldor Fire has destroyed more than 320 structures and is threatening another 13,000 as it continues to burn uncontained in Northern California.

Eight days after the blaze broke out in El Dorado County, it has grown to 98,149 acres, according to an update Sunday morning from CAL Fire. It remains 0 percent contained, officials said, and full containment is not anticipated until at least August 31.

"This year what we're seeing more than ever is a set of fuel conditions that many of our professionals that have spent their whole careers fighting fire have never seen before," El Dorado National Forest Supervisor Jeff Marsolais said in a community briefing Saturday evening.

"The system is as taxed as it has ever been," he said of firefighting resources. "And our folks on the ground are doing everything they can within their power."

The fire grew Saturday due to an increase in wind activity, pushing the blaze to the east, where it crossed Highway 50 near Kyburz in El Dorado County, Dustin Martin, one of the Caldor Fire's unified incident commanders, said at Saturday's briefing.

The fire's activity was more moderate overnight, officials said in Sunday's update, after a red flag warning previously issued in the area expired late Saturday, though spot fires developed throughout the evening.