SAN FRANCISCO, June 13 (Xinhua) -- The almond industry in the western US state of California is calling for a quick solution to the trade frictions between the United States and China ahead of another record harvest this year. 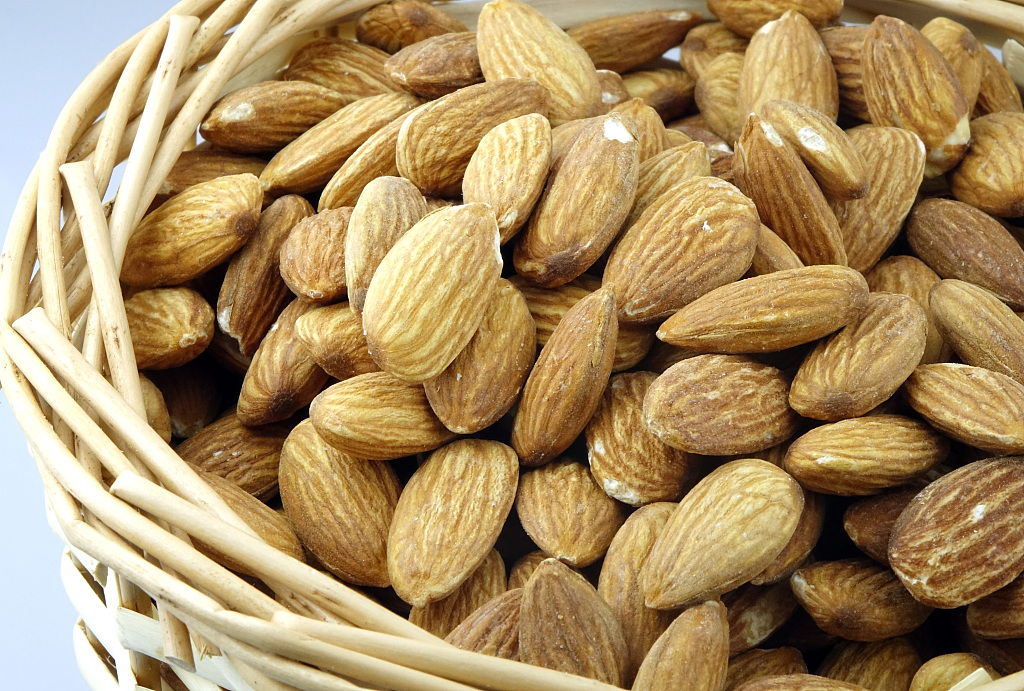 Almonds are one of the state's top three valued commodities and leading agriculture export, but its exports to China have continued to drop as a result of the US move to slap steep tariffs on Chinese products.

California exported 112.6 million pounds (about 51.1 million kg) of almonds to China from Aug. 1, 2018 to May 31, down by 30 percent year-on-year, according to the latest report by the Almond Board of California.

"We are definitely feeling the effect. We hope the trade situation will be resolved as soon as possible," said Richard Waycott, president and CEO of the Almond Board of California, on Thursday.

California's almond industry exports 67 percent of what it produces and the amount accounts for more than 80 percent of the global supply, show statistics of the Almond Board and the Almond Alliance of California (AAC).

The US Department of Agriculture predicts that the almond harvest will hit a record 2.5 billion pounds (about 1.13 billion kg) in California this year.

China is the third largest export market of California's almond industry, which has been actively invested in the region for more than 20 years.

While the retaliatory tariffs have impacted California's market share of almonds in China, they would disrupt the state's relationship with its commercial partners and affect considerable market development investment, said the AAC in a statement on May 23.

"We will continue investment in China as the same level as prior to the tariffs implementation. From the long-term view that the trade conflicts will end at some point, we believe in the China market and the opportunities for growth," said Waycott.

He participated in SIAL Conference, a major food innovation exhibition in Asia held in Shanghai China last month, and plans to go to China in August and September for two major industry conferences.

"We know Chinese love almonds. The affection for almonds is growing by a large amount over the last 10 to 15 years. The almonds from California have been very well received by Chinese consumers," said Waycott.

The industry has identified the growing middle class, especially the young female, to promote almonds with a lifestyle approach.

"We are fully committed to the Chinese market despite the trade issues. We've invested more in the China market than anywhere else in the world outside of the United States," said Waycott.

"We want our customer base that we've worked with for so many years to know that we are doing everything we can to help with their business," he noted.