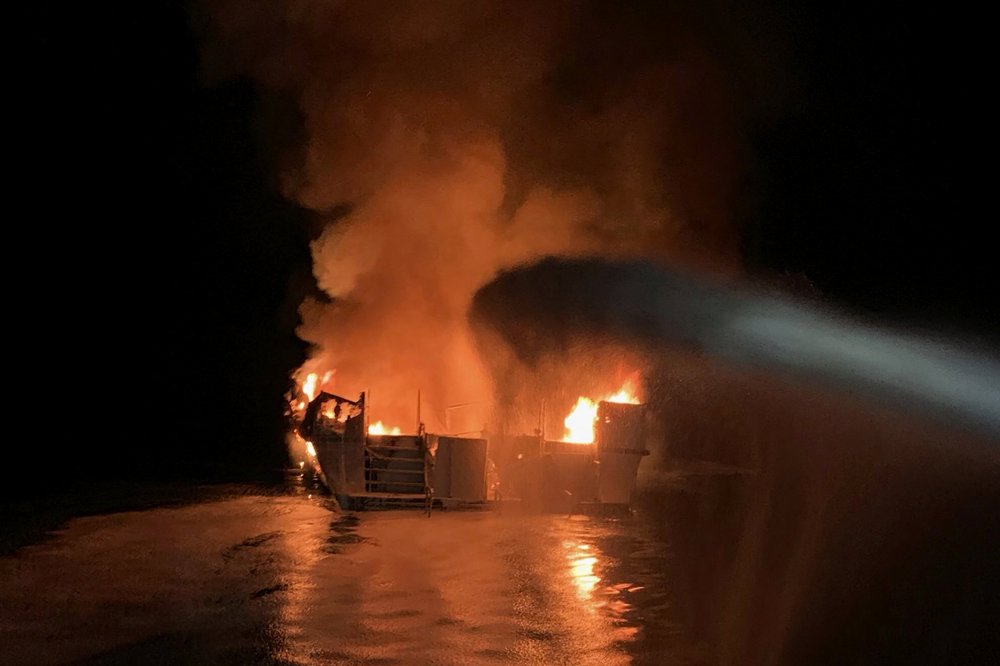 In this photo provided by the Ventura County Fire Department, VCFD firefighters respond to a boat fire off the coast of southern California, Monday, Sept. 2, 2019. (Photo: AP)

LOS ANGELES, Sept. 19 (Xinhua) -- A survivor of a dive boat fire which killed 34 people off the California coast earlier this month has filed a lawsuit against the owners of the boat.

In the lawsuit filed a week ago, Ryan Sims, who broke his leg and injured his back and neck during the incident, alleged that the boat's owners had been negligent in their failure to properly train crew members, give adequate safety and medical equipment and provide safety rules, among other claims, the Los Angeles Times reported on Thursday.

"The suit signals the beginning of a potentially long legal battle for the owners of Conception [the name of the boat], who have already taken steps to protect themselves from liability," the newspaper noted.

Sims was one of the five surviving crew members on the deck of the boat at the time. He said in the filings in Ventura County Superior Court that he was asleep on the top deck of the vessel and then awakened by loud noises.

The fire trapped him and the other employees, forcing him to jump from the top deck, when he fractured his leg in three places, Sims said.

According to the two-page report released by the US National Transportation Safety Board, five crew members were asleep in berths behind the wheelhouse, and another one was asleep in the bunkroom below deck when the boat caught fire around 3 a.m. on Sept. 2 and sank. The five crew members on deck jumped into the water and were later rescued.

Investigators have yet to examine current regulations regarding vessels of this type, year of build, and operation; early-warning and smoke-detection and alarm systems; evacuation routes; training; and current company policies and procedures.