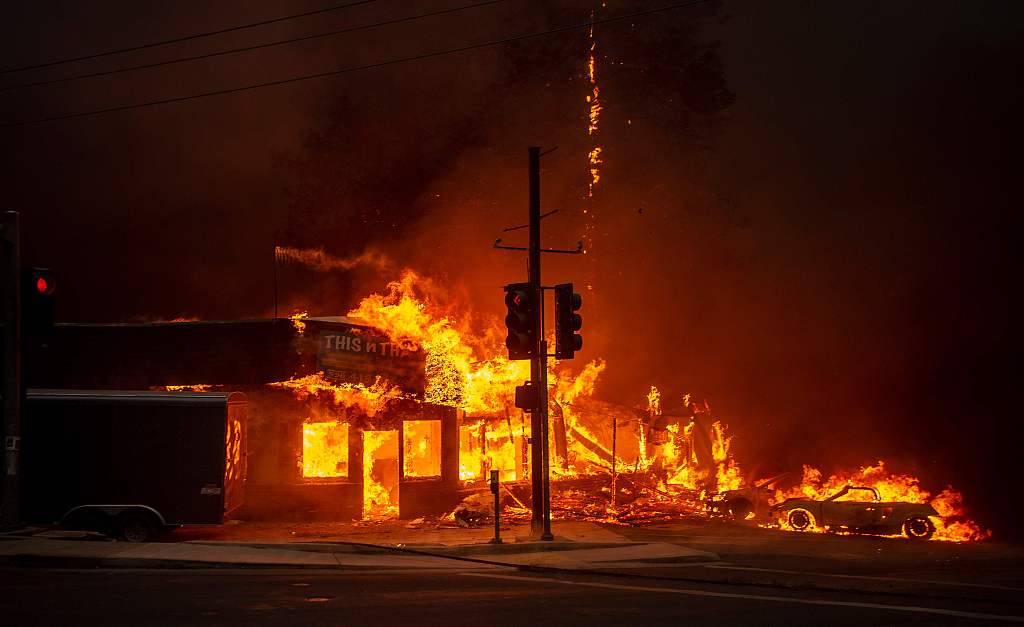 A store burns as the Camp fire tears through Paradise, California on November 8, 2018. (File photo: VCG)

The so-called Camp Fire in northern California left 85 people dead in November, ravaged more than 60,000 hectares (153,000 acres) of land and destroyed nearly 19,000 houses and other structures. The flames consumed the small town of Paradise.

Pacific Gas and Electric (PG&E) had acknowledged that its equipment was probably to blame for the disaster. On Wednesday, the state fire protection agency Cal Fire made it official, after concluding what it called "a very meticulous and thorough investigation."

A second ignition point that was eventually consumed by the first fire was also caused by PG&E power lines, Cal Fire said.

Its full report was not released to the public but rather passed on to prosecutors in Butte County, who will decide whether to start legal proceedings over the fire.

The report could lead to charges being filed against PG&E, which has already been sued by many people who lost their homes and businesses and by insurance companies and local civic associations. They accuse the utility of chronic negligence in the management of its facilities.

The company is looking at billions of dollars in liability if courts side with plaintiffs.

In January, PG&E filed for protection from creditors under US bankruptcy law.