WORLD California could be 1st state to sell own prescription drugs

California could be 1st state to sell own prescription drugs 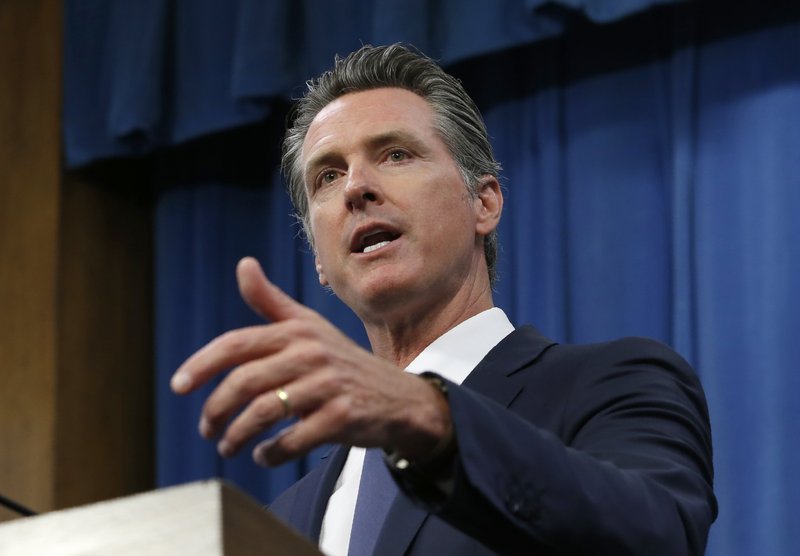 In this July 23, 2019, file photo, Gov. Gavin Newsom talks to reporters at his Capitol office, in Sacramento, Calif. (Photo: AP)

California could become the first state with its own prescription drug label under a proposal that Gov. Gavin Newsom unveiled Thursday in a bid to lower prices by increasing competition in the generic market.

Newsom wants the nation’s most populous state, home to nearly 40 million people, to contract with generic drug companies to make prescription medications on its behalf so it could then sell them to the public.

“It’s time to take the power out of the hands of greedy pharmaceutical companies,” the Democratic governor tweeted.

Generic drug prices in California jumped 37.6% since 2017, the largest increase of any drug category, according to a recent report from the Office of Statewide Health Planning and Development.

The proposal, for example, could help lower costs of a common drug that has steadily increased in price — insulin for diabetes patients. Three drug companies control most of the market for insulin.

“Consumers would directly benefit if California contracted on its own to manufacture much-needed generic medications like insulin — a drug that has been around for a century yet the price has gone up over tenfold in the last few decades,” said Anthony Wright, executive director of Health Access California.

Jon Roth, CEO of the California Pharmacists Association, said the state might be surprised, however, at how much it ends up charging for its own generic drugs because of factors beyond its control, including raw material shortages and disruptions in the supply chain.

“There are other factors in the actual manufacturing that the state may not be able to escape,” he said.

Lawmakers must approve the plan before it can take effect. The idea is part of Newsom’s forthcoming budget proposal, which he must present to the Legislature by Friday. While the governor’s office did not say how much the proposal would cost, the state could have as much as a $7 billion surplus this year, according to the nonpartisan Legislative Analyst’s Office.

It’s another step in Newsom’s effort to overhaul California’s prescription drug market. Last year, in one of his first acts in office, Newsom ordered the state to take over the Medicaid program’s prescription drug benefits, which affects 13 million people.

That order also directed state agencies to begin buying drugs in bulk and using their leverage to negotiate lower prices. This year, Newsom’s budget proposal would expand on that by creating a single market for drug pricing within the state. The governor’s office says drugmakers would have to bid to sell their drugs in California at a uniform price.

This is the second budget proposal Newsom has announced this year. On Wednesday, he announced he wanted to spend another $1 billion to combat the state’s growing homelessness problem.