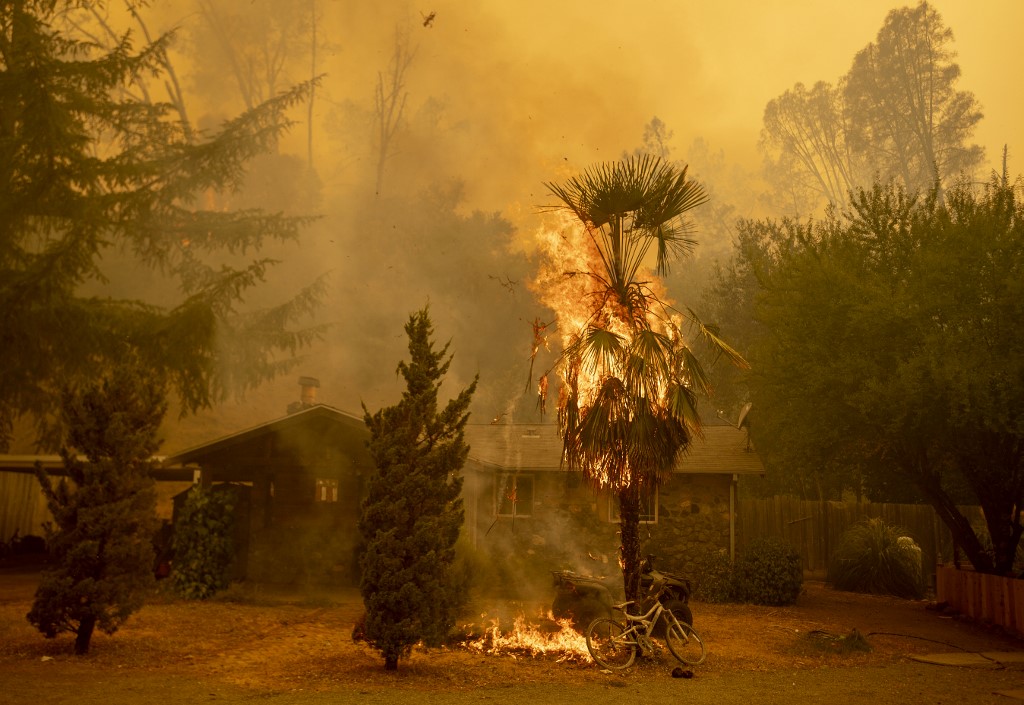 A palm tree and shrubs burn as flames approach a home as the Hennessey fire continues to rage out of control near Lake Berryessa in Napa, California on August 18, 2020. (Photo: AFP)

Newsom noted in a proclamation that there are currently hundreds of fires actively burning during these extreme weather conditions throughout California, and they had scorched tens of thousands of acres collectively.
As the other Western states were all struggling with the wildfires, it is increasingly difficult for California authorities to obtain the necessary in-state and out-of-state firefighting resources to respond to the aggressive wildfires, the proclamation said, adding extremely high temperatures and dry conditions were expected to continue and further exacerbate the current wildfire situation in California.
"We are deploying every resource available to keep communities safe as California battles fires across the state during these extreme conditions," Newsom said in an online press conference announcing the declaration, which included a mobilization of the California National Guard to assist local agencies with the multiple ongoing emergencies.
As of Tuesday, on map updated by InciWeb, an interstate incident information system, nearly 30 wildfires were burning in California, many of them in rural or forest lands and difficult to be contained.
Near the California-Nevada border, the Layalton Fire had consumed 44,147 acres (178.7 square km) with 30 percent contained on Tuesday, while in the mountains and desert of northern Los Angeles County, the six-day-old Lake Fire burned more than 19,000 acres (76.9 square km) and was 38 percent contained.
In Nevada County in the Sierra Nevada, a fire erupting on Monday forced 4,000 people to be evacuated.