LOS ANGELES, June 14 (Xinhua) -- California braces for its first major heat wave of the year this week and the extreme drought conditions could cause more wildfires, the authority warned Monday. 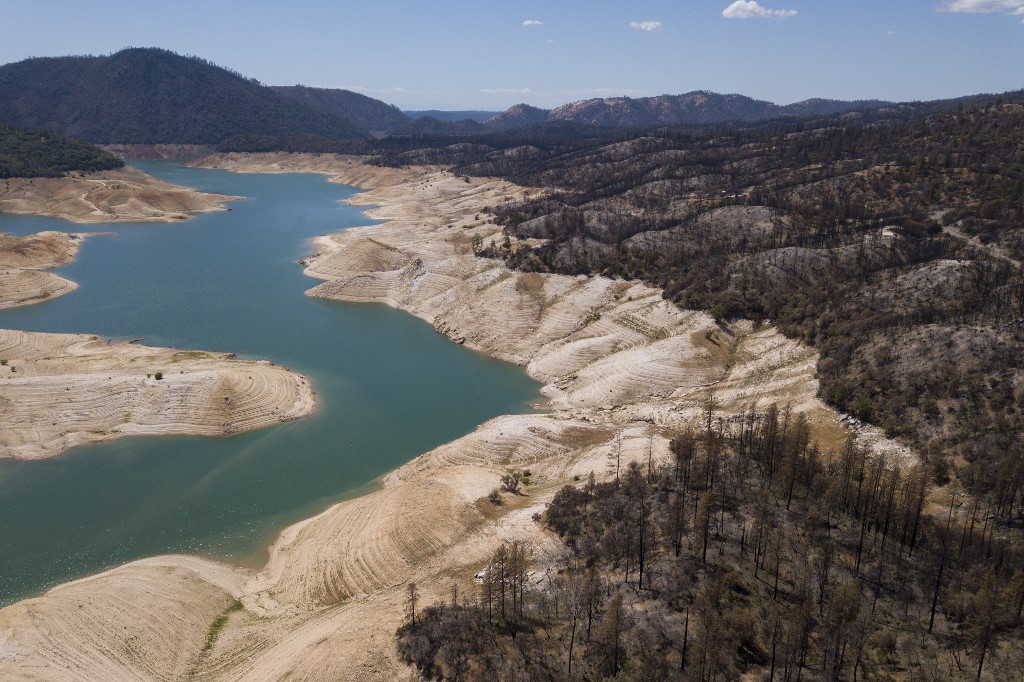 In this aerial image, dead trees burned in a wildfire stand as dry land is exposed on the banks of Lake Oroville reservoir due to low water levels during the California drought emergency on May 25, 2021 in Oroville, California. (Photo: AFP)

High pressure building over the Southwest would bring increased temperatures on Monday and it would get even hotter as the week goes on, according to the National Weather Service (NWS) Los Angeles. Temperatures could reach as high as 112 degrees (about 44.4 degrees Celsius) in Antelope Valley in northern Los Angeles County this week.

"Tuesday through Thursday should be the hottest, when highs between 100 and 110 and minimum humidities between 5 and 15 percent will be common over most mountains and lower mountains," the NWS tweeted.

Temperatures would soar in the San Joaquin and Sacramento valleys in northern California by Thursday, the NWS Sacramento said. Highs were supposed to range from 100 degrees (about 37.8 degrees Celsius) to 113 degrees in the mountain area near the capital city of the state.

The heat wave would worsen the extreme drought hitting several areas in the Golden State. Last week, the National Oceanic and Atmospheric Administration warned of "extreme and exceptional drought" conditions in northern and central California, as well as along the central California coast.

Moreover, the heat wave and drought conditions could lead to more wildfires as hundreds of acres continued to burn across California on Monday.

There are currently four active wildfires of interest in the state, including the Beale Fire, the Goose Fire, the Flats Fire and the Farm Fire, according to the California Department of Forestry and Fire Protection, or Cal Fire.

Red flag warnings would be in effect Monday evening through Wednesday morning along the south Santa Barbara County coast and critical fire weather conditions were also expected in southeastern California.