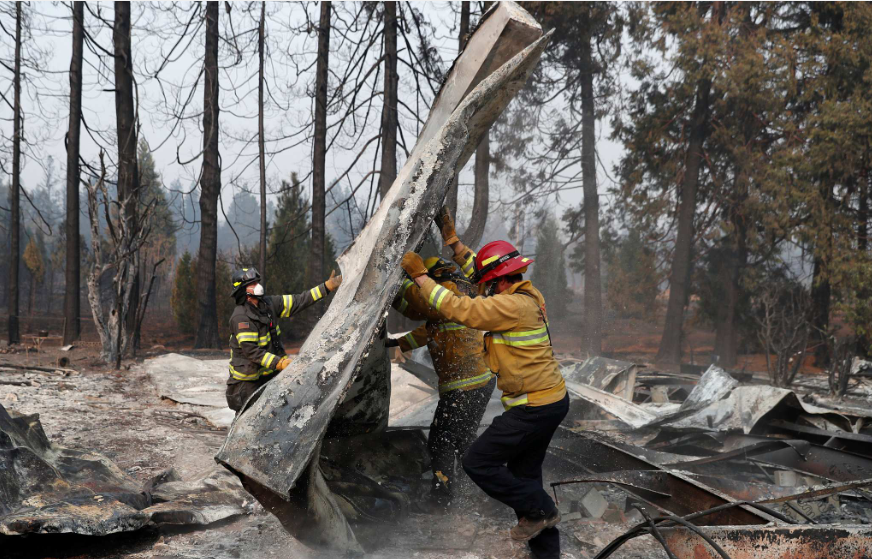 The death toll from the wildfires in Northern California rose to 77 on Sunday, with about 1,000 missing, local authorities reported.

"One human remains was located today", a statement from the Butte County Sheriff in California says on Sunday. The number of believed missing fell from 1,276 to 993. The blaze ignited on November 8 was 65 percent contained, up from 60 percent earlier in the day.

Rain is forecast for the area this week, potentially helping douse the flames, but raising the risk of floods and mudslides that will swell the misery of 46,000 people under evacuation orders.

Many refugees from the fire have taken up temporary residence with friends and relatives, while others have pitched tents or were camping out of their vehicles.

The death toll far surpasses the previous fatality record from a single California wildfire - 29 in the Griffith Park fire of 1933 in Los Angeles - and already ranks among the deadliest US wildfires since the turn of the last century.

Besides the toll on human life, property losses from the blaze make it the most destructive in California history, posing the additional challenge of providing long-term shelter for many thousands of displaced residents.

At last count, the fire had destroyed more than 13,600 homes and other structures, authorities said late on Sunday.