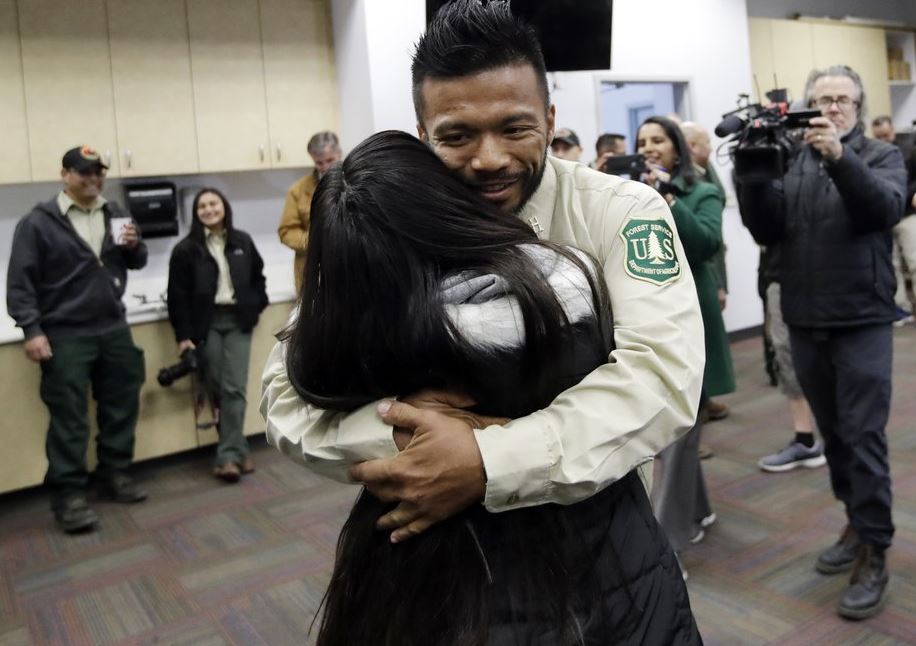 Twenty firefighters from California returned to the United States on Wednesday after spending nearly a month battling wildfires in Australia.

The firefighters based at Angeles National Forest arrived at Los Angeles International Airport and were scheduled to reunite with their families at a city fire station.

The group had worked with the Victoria Rural Fire Service to fight Australia’s devastating blazes.

“Those guys are superheroes,” Schober said as he waited with a GoPro camera to capture his brother’s reaction.

The returning firefighters — 18 men and two women — worked on different crews in Australia.