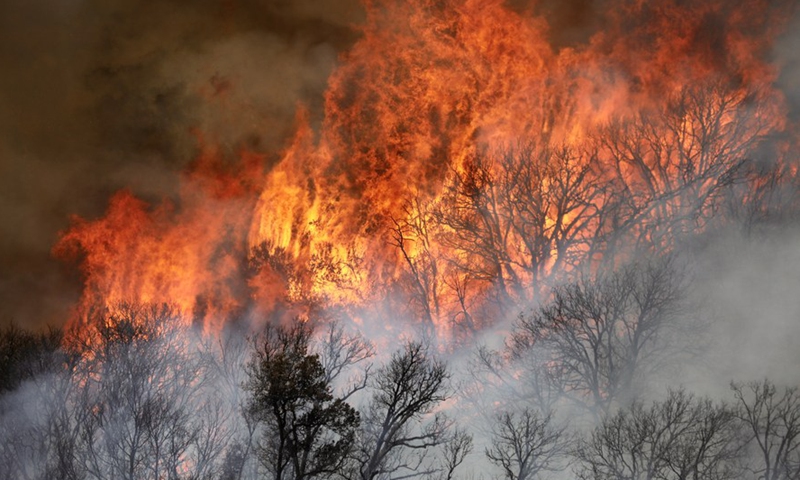 A wildfire is seen in Riverside County of Southern California, the United States, Aug. 2, 2020. (Photo: Xinhua)

Some of California's largest-ever fires raged across the state Saturday, forcing tens of thousands from their homes as forecasters warned of further blazes sparked by lightning.

Several thousand lightning strikes in recent days ignited fires that left thick smoke blanketing the region.
The total area burned for all the fires in California this week is "close to 1 million acres [400,000 hectares]," according to CalFire public information officer Jeremy Rahn.

"More lightning is anticipated tomorrow and into Tuesday - everyone must remain alert and have an evacuation plan," the agency said on Twitter.

The LNU fire covered 314,207 acres by Saturday morning, making it the second-largest fire in California history. It was 15 percent contained.

The SCU fire had burned 291,968 acres and was the third-largest fire in state history. It was 10 percent contained.

About 2,600 firefighters are tackling the two blazes, according to Rahm.

"We simply haven't seen anything like this in many, many years," California Governor Gavin Newsom said Friday.