A team of eye experts has operated on an unusual patient — a gorilla. 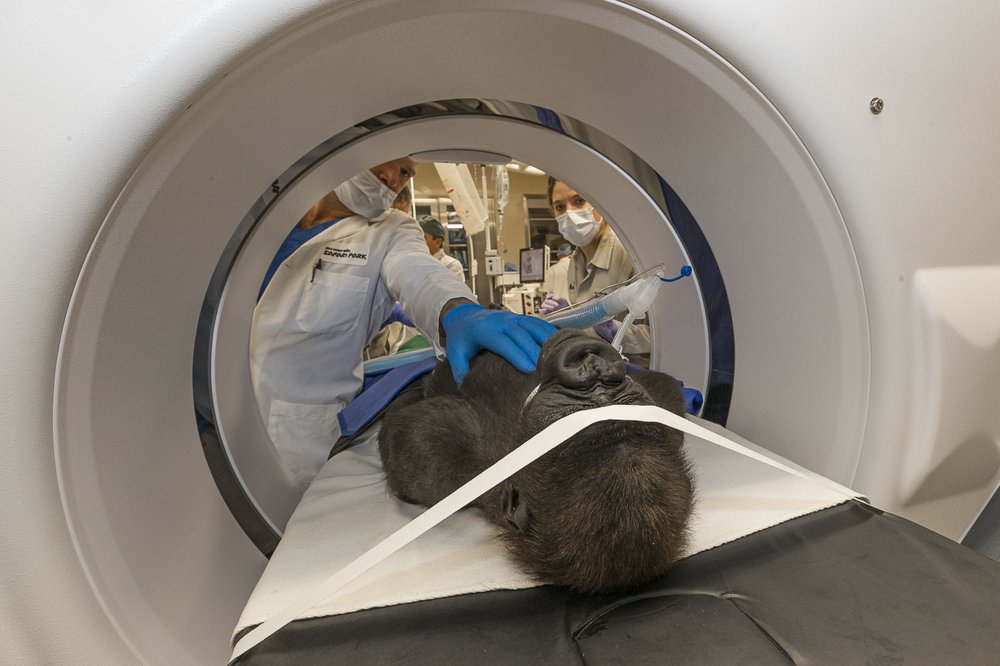 A cataract was removed on Dec. 10 from the left eye of a 3-year-old western lowland gorilla who lives at the San Diego Zoo Safari Park, the park announced Monday.

The gorilla, named Leslie, was given a muscle blocker to keep her still while a team that included vets along with anesthesiologists and an ophthalmology team from UC San Diego Health removed the cloudy lens and replaced it with an artificial lens that should last for life. 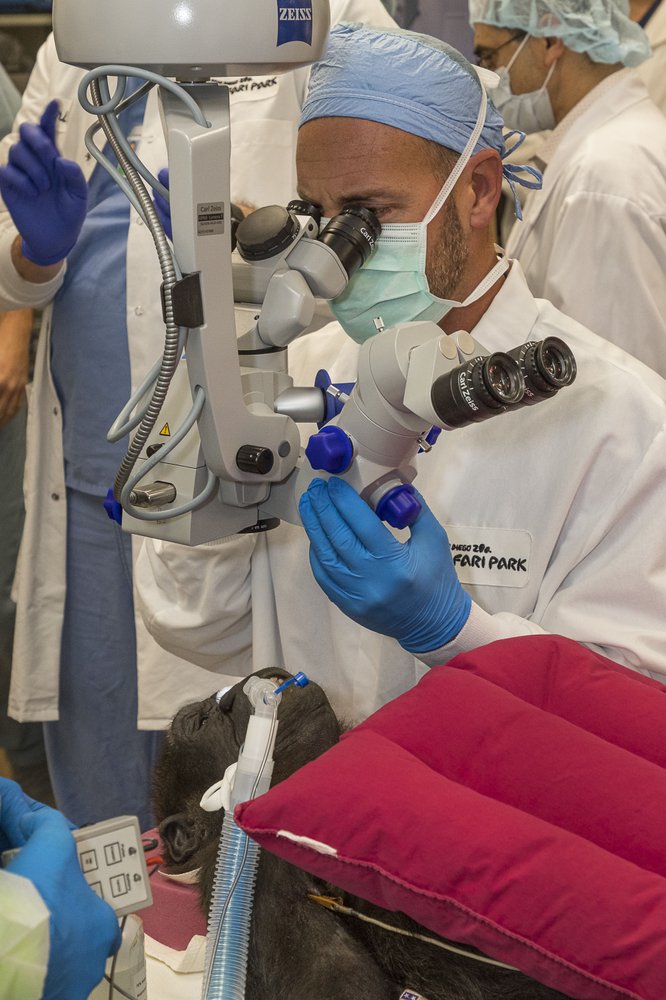 Cataract surgeon Chris Heichel, who led the team and has performed thousands of operations, said it was his first on a gorilla.

“Fortunately, the similarities between the anatomy of human and gorilla eyes are great enough to allow us to safely navigate the procedure without complication,” Heichel said in a statement released by the park. “The remainder of the eye appeared to be in excellent health, indicating exceptional vision potential for the rest of Leslie’s life.”

Cataracts can occur naturally with aging. But given that Leslie is a youngster, her problem more likely stemmed from an injury, either from a fall while practicing her climbing or from “an overly rambunctious play sessions with other young gorillas in her troop,” the park said.

Leslie will need antibiotics and steroids to prevent infection and inflammation, but she is already back with the troop at the park.