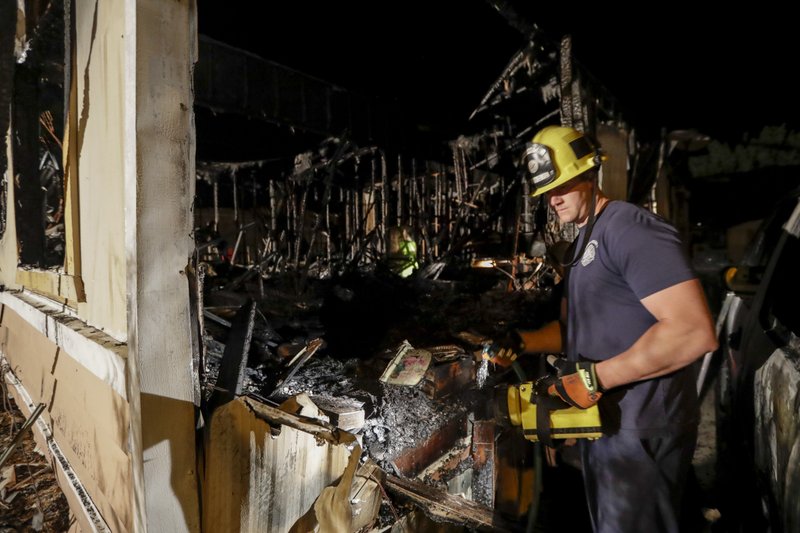 A fireman looks over a home Saturday, July 6, 2019 that burned after a earthquake in Ridgecrest, Calif. (Photo: AP)

LOS ANGELES, July 6 (Xinhua) -- Governor of California Gavin Newsom had requested a presidential emergency declaration for federal assistance to provide aid to residents following Friday's 7.1 magnitude earthquake, the largest to strike the region in two decades, the Office of Governor said in a release on Saturday.

"The State of California will continue to offer support to aid residents in the region," Newsom said in the release.

The governor also said he had activated the State Operations Center in Mather, California, to its "highest level".

The center is working closely with state, federal and local emergency managers and first responders, he said.

It is the largest Southern California quake in at least 20 years and was followed by a series of large and small aftershocks. It came only one day after the 6.4 magnitude earthquake that struck the region on Thursday morning.

First responders continued to assess the extent of damage from the two significant earthquakes on successive days near the town of Ridgecrest, according to Newsom.