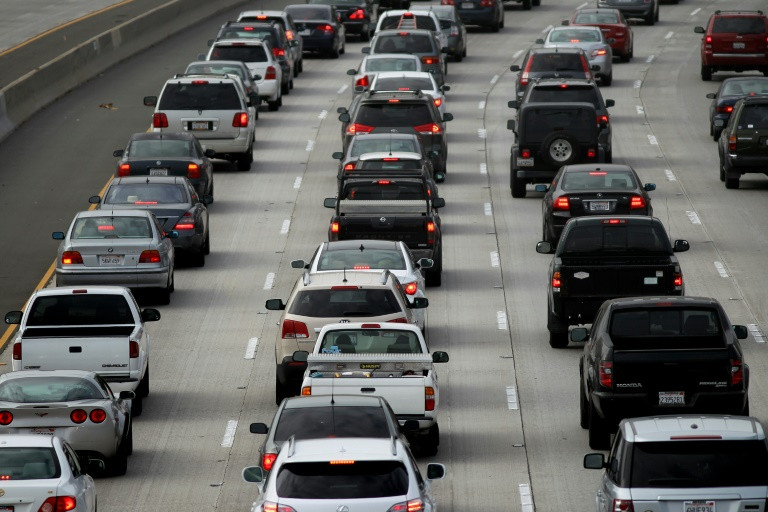 A lawsuit led by California and joined by 17 other states seeks to protect Obama-era standards that would raise fuel efficiency to about 50 miles per gallon by 2025 (Photo: AFP)

A coalition of 18 US states on Tuesday sued President Donald Trump's administration over plans to roll back vehicle emissions standards.

The suit, which was led by California, seeks to protect standards passed under Trump's predecessor Barack Obama that would raise fuel efficiency to about 50 miles per gallon by 2025.

"This phalanx of states will defend the nation's clean car standards to boost gas mileage and curb toxic air pollution."

California Air Resources Board Chair Mary Nichols added that the standards the states were seeking to protect were adopted in 2012 but were meant to take effect in 2022.

"They were based on the best judgment of engineers about what technology could achieve. And in fact they are being achieved today, years ahead of the deadlines, because of the good work of the auto industry," she said.

Filed in the US Court of Appeals in Washington, it targets the Environmental Protection Agency (EPA).

Since assuming office, Trump has taken an axe to the environmental regulations he inherited from his predecessor, from pulling out of the Paris climate change accord to allowing fracking on public land to cutting protections for numerous endangered species.

Many of the domestic efforts have been led by his controversial EPA chief Scott Pruitt, a climate change skeptic with ties to the fossil fuel industry who has recently been in the spotlight over ethical lapses.

Liberal California, the country's most populous and wealthiest state, is at odds with the Trump administration on numerous fronts, including immigration, with the state having declared itself a "sanctuary" for undocumented migrants.