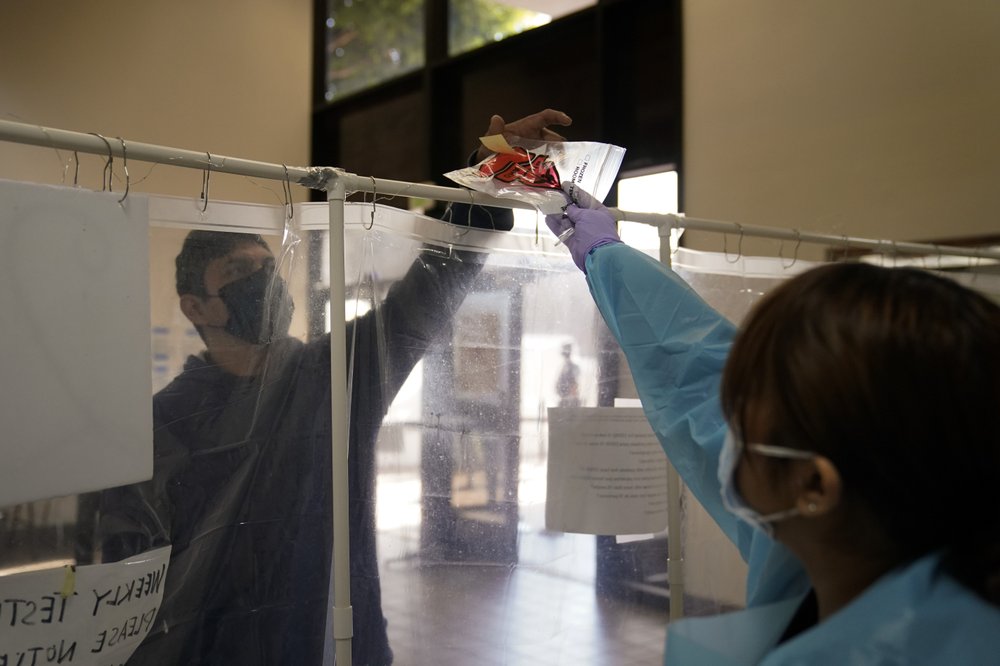 California’s top health official said hospitals in hard-hit Los Angeles County are turning to “crisis care” and bracing for the coronavirus surge to worsen in the new year, as he extended strict stay-home orders Tuesday in areas where intensive care units have few beds.

Dr. Mark Ghaly said that Southern California and the agricultural San Joaquin Valley still have what is considered no ICU capacity to treat patients suffering from the coronavirus and that the state’s restrictions would continue in those regions. Much of the state is under orders to stay home.

Ghaly implored the state’s 40 million residents to do just that, and to continue social distancing and wearing masks if they must go out this holiday weekend. He said that while hospital and positivity rates appear to be stabilizing from a Thanksgiving-related surge, that isn’t the case in the southern part of the state, including Los Angeles County.

“We have not heard yet that any hospital is at the point where they need to make a decision between two patients who both need a ventilator, and they only have one ventilator,” he said, but some overwhelmed hospitals don’t have space to unload ambulances or get oxygen to patients who can’t breathe.

“We certainly know that Southern California hospitals are in crisis, and some have begun to implement parts of crisis care,” he said.

State officials notified hospitals late Monday they should prepare for the possibility that they will have to resort to “crisis care” guidelines established earlier in the pandemic, which allow for rationing treatment when staff, medicine and supplies are in short supply.

Decisions about medical care cannot be made based on factors such as income, age or gender, instead being grounded primarily “in the likelihood of surviving in the near term,” said Kim McCoy Wade, director of the California Department of Aging.

California reported more than 31,000 new cases Tuesday and 242 deaths, but the numbers are likely to increase this week as labs and counties catch up their reporting from the Christmas week. More than 2 million people have been diagnosed with COVID-19 in California and nearly 25,000 people have died from the virus.

State health officials remain worried about gatherings tied to New Year’s Eve. San Francisco’s health director said the holiday serves as a reminder that “the power is in our hands to continue to turn this surge around.”

Most of the state is under a state order to stay home, which is triggered when a region’s intensive care unit bed capacity falls below 15%. The Southern California and San Joaquin regions again reported zero percent availability on Tuesday, although that doesn’t mean there are no beds; it is calculated based on the proportion of ICU patients who have COVID-19, to ensure hospitals have enough beds to treat all critical patients.

Fresno County in central California has also been struggling to manage hospital cases, urging people not to call 911 unless their situation is truly a medical emergency. Asked Tuesday when the county’s coronavirus situation might improve, interim health officer Dr. Rais Vohra responded “at this point it just seems so remote that it almost seems like a laughable question.”

“It’s going to be at least weeks, if not months,” Vohra said.

Los Angeles County, which is home to a quarter of California’s 40 million residents and has about 40% of its deaths, has struggled with a surge that has led to repeated record-breaking cases, hospitalizations and deaths statewide. Gov. Gavin Newsom said Monday that the state is setting up hospital beds in arenas, schools and tents there, though it’s struggling to staff them.

He said 96% of hospitals in the county were unable to accept patients by ambulance at some point over the weekend, compared with 33% in pre-surge times. And Ghaly on Tuesday said the state is assessing issues such as the availability and delivery of oxygen as well as how to administer it to patients struggling to breathe.

County officials said Monday that Moderna vaccines were delivered to 59 nursing home facilities with plans to deploy 69,000 vaccines to staff and residents in more than 300 skilled nursing homes by the end of the year. Nursing facilities account for only 5% of the state’s COVID-19 cases, but 35% of its deaths, said Dr. Barbara Ferrer, the county’s public health director.