Frustrated by out-of-control increases in drug overdose deaths, California's leaders are trying something radical: They want the state to be the first to pay people to stay sober. 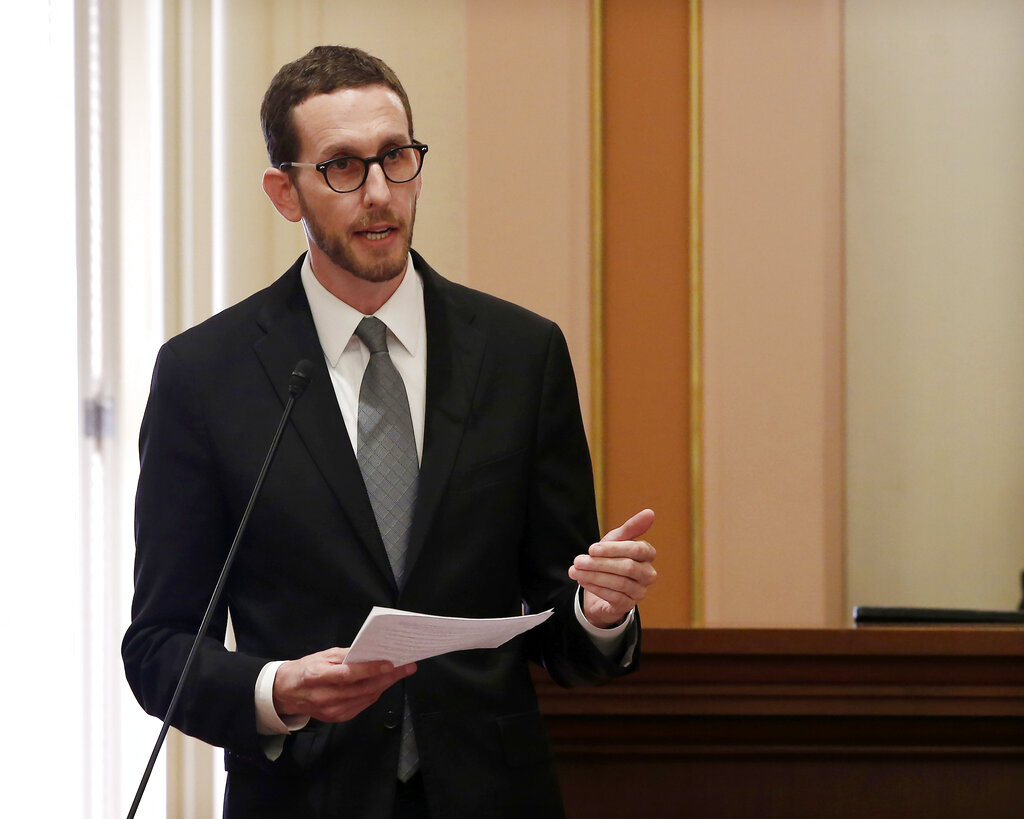 The federal government has been doing it for years with military veterans and research shows it is one of the most effective ways to get people to stop using drugs like cocaine and methamphetamine, stimulants for which there are no pharmaceutical treatments available.

It works like this: People earn small incentives or payments for every negative drug test over a period of time. Most people who complete the treatment without any positive tests can earn a few hundred dollars. They usually get the money on a gift card.

It's called “contingency management” and Gov. Gavin Newsom has asked the federal government for permission to use tax dollars to pay for it through Medicaid, the joint state and federal health insurance program for the poor and disabled that covers nearly 14 million people in California.

Meanwhile, a similar proposal is moving through California's Democratic-controlled Legislature. It's already passed the Senate with no opposition and is pending in the Assembly, where it has a Republican co-author.

“I think there is a lot in this strategy for everyone to like," said state Sen. Scott Wiener, a Democrat from San Francisco and author of the bill. “Most important of all, it works.”

How much it would cost depends on how many people participate. A program covering 1,000 people could cost as much as $286,000, a pittance in California's total operating budget of more than $262 billion.

The San Francisco AIDS Foundation, a nonprofit agency, runs a small, privately-funded contingency management program. It’s where Tyrone Clifford, who was addicted to meth, enrolled because they promised to pay him for every negative test over 12 weeks.

His first payment was $2. That increased slightly with each subsequent negative test for a total of about $330.

Clifford did make it through the program without a positive test. But instead of using the money to buy more drugs, he bought a laptop computer so he could go back to school. He says he hasn't used methamphetamine in 11 years and now works as a counselor at the San Francisco AIDS Foundation, helping people who had the same addiction problems he did.

Clifford, 53, said earning the money didn’t matter much. Unlike some who struggle with drug addiction, Clifford always had a job and a house and was never much in danger of losing either. But he said watching his account grow with each negative test motivated him more than any other treatment program did.

“You watch those dollar values go up, there is proof right there that I am doing this,” he said. “By no means is anyone getting rich off this program.”

There is “clear and convincing evidence" that the treatment works to keep people sober from drugs like methamphetamine and cocaine, according to an analysis by the California Health Benefits Review Program. However, while research shows it is effective in keeping people sober during the program, the effect doesn't last much beyond six months after treatment concludes.

Clifford acknowledged the program doesn't work for everybody, but added his treatment included extensive group and individual counseling sessions that kept him accountable and made him feel part of a community.

Clifford said he considers the treatment a success even if people don't make it without a positive test.

“They are trying something,” he said.

If California starts paying for contingency management treatment through Medicaid, Clifford said he thinks it would mean an explosion in similar programs across the state.

California, like most of the country, has struggled with opioid abuse, including drugs like prescription painkillers and heroin. But overdose deaths from stimulants in California nearly quadrupled between 2010 and 2019, and the problem has gotten even worse since.

Preliminary data from the first nine months of 2020 — when much of the state was locked down because of the coronavirus— shows stimulant overdose deaths jumped 42% compared to 2019.

While opioids have several pharmaceutical treatments available to help people get sober, there are none for stimulants like methamphetamine and cocaine, often leaving people to their willpower to kick the habit.

“There is a clear kind of hole in regards to treatment services for individuals who have a stimulant use disorder,” said Jaycee Cooper, director of California's Medicaid program. “At this point (contingency management) is the only thing people are pointing to that has been effective.”

Whether it violates federal law is still a question.

“We don't think it does,” Wiener said, noting the Biden administration has signaled its interest in the treatment.

Wiener's bill would require California's Medicaid program to pay for the treatment while Newsom's plan would let counties choose whether to participate.