California man guilty of killing family of 4 found in desert 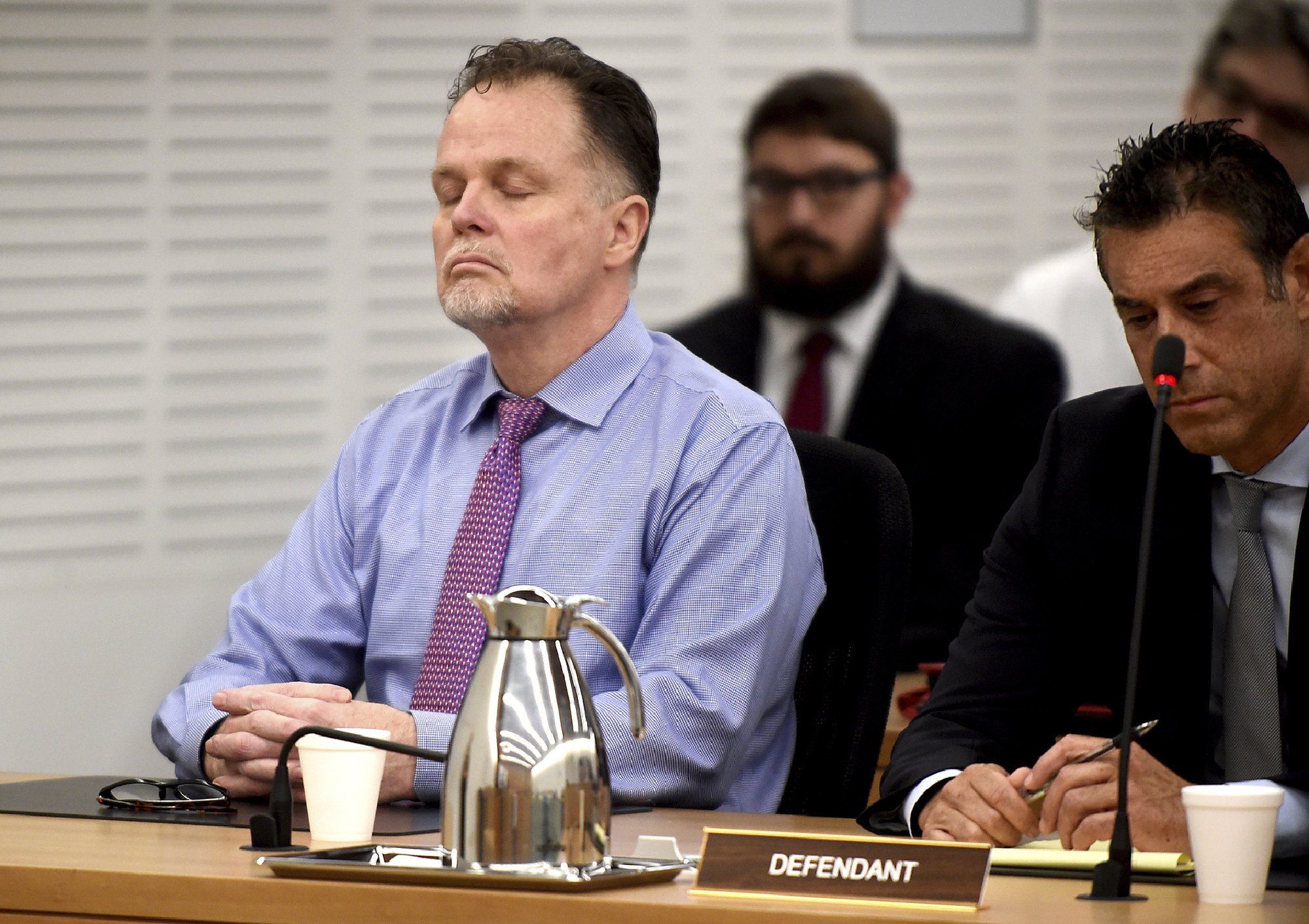 Charles "Chase" Merritt, left, reacts after being found guilty of four counts of first-degree murder of the McStay family, in court at the San Bernardino Superior Court in San Bernardino, Calif., on June 10, 2019. (Photo: AP)

A Southern California man was convicted Monday of bludgeoning a couple and their two little boys to death, then burying their bodies in a remote desert area where the crime remained hidden until an off-roader stumbled across skeletal remains.

After a trial that spanned more than four months and depended largely on circumstantial evidence, jurors in San Bernardino found 62-year-old Charles “Chase” Merritt guilty of the first-degree murders of business associate Joseph McStay, McStay’s wife, Summer, and the couple’s 3- and 4-year-old sons.

Merritt closed his eyes and looked down when the court clerk said the word “guilty” the first of four times. Sobs came from the packed courtroom. Someone called out, “Yes!”

Prosecutors said Merritt killed the family with a sledgehammer at a time when he owed McStay money and was being cut out of the victim’s business making and selling custom water fountains.

The jury also found the special circumstance of multiple murders.

The judge scheduled the penalty phase to begin Tuesday. Prosecutors have said they will seek the death penalty.

Prosecutors declined to comment after the verdict, and families on both sides left without speaking to reporters.

The McStay family vanished in 2010.

Authorities found bowls of uneaten popcorn at their San Diego County home, which had no signs of forced entry, and their car parked at a strip mall near the Mexico border.

For years, officials couldn’t determine what happened to the McStays. At one point, investigators said they believed the family had gone to Mexico voluntarily, though they couldn’t say why.

In 2013, their bodies were found in shallow graves in the desert after an off-road motorcyclist discovered skeletal remains in the area. Authorities also unearthed a rusty sledgehammer that they said was used to kill the family.

Merritt, who worked with McStay in his water features business, was arrested in 2014.

Authorities said they traced Merritt’s cellphone to the area of the desert gravesites in the days after the family disappeared and to a call seeking to close McStay’s online bookkeeping account.

Merritt referred to McStay in the past tense in an interview with investigators after the family vanished, and while the evidence linking him to the killings is largely circumstantial, it is “overwhelmingly convincing,” Imes said.

Merritt’s attorneys said the two men were best friends and investigators overlooked another possible suspect in the killings. Instead, they said, authorities zeroed in on an innocent man, but the evidence didn’t add up, noting there were no signs of an attack inside the family’s home.

“They tried his character and not the facts of this case,” defense attorney James McGee told jurors.

Many questions still remain about the family’s disappearance. Prosecutors acknowledge details of the killings aren’t entirely clear but say the evidence from the family’s car, cellphone towers and financial accounts link Merritt to the killings.

Authorities said McStay was cutting Merritt out of the business in early February and the two met on Feb. 4 in Rancho Cucamonga, where Merritt lived at the time.

Prosecutors say financial records show Merritt tried to loot the business bank accounts just before and after the family disappeared and backdated checks to Feb. 4, knowing it was the last day anyone had contact with McStay.

Phone records show McStay called Merritt seven times after the Feb. 4 meeting, with defense lawyers arguing that McStay wouldn’t likely do that if he had just fired Merritt.