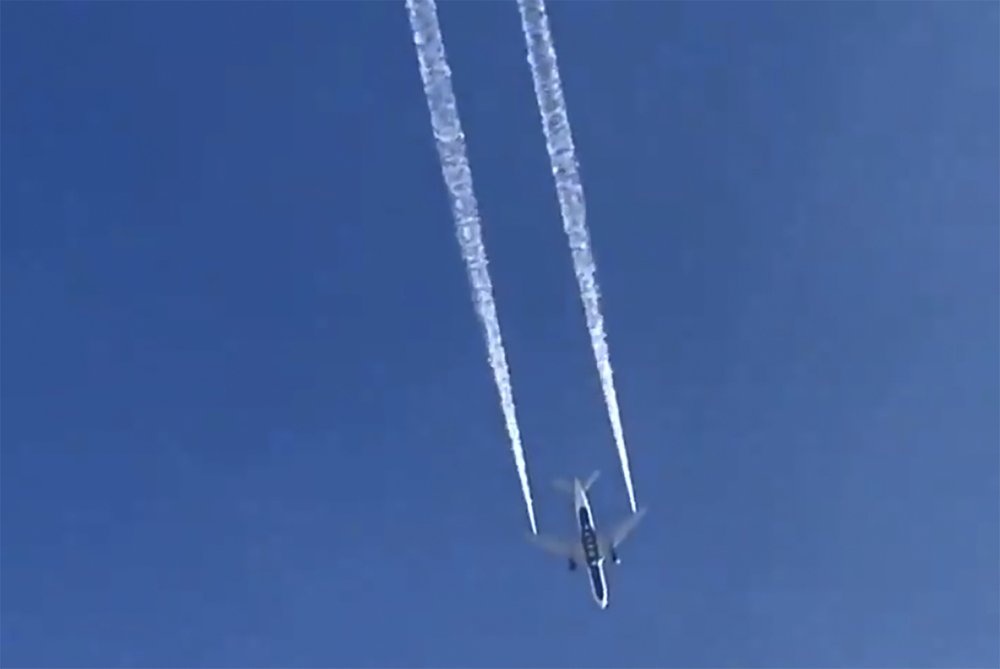 Southern California teachers plan to file a lawsuit after a commercial airliner with engine trouble dumped jet fuel over a densely populated area, including several schools, while making an emergency return to Los Angeles International Airport, their attorney said Friday.

Nearly 60 schoolchildren and teachers were exposed to the smelly vapor Tuesday and were examined for minor skin and lung irritations. None were taken to a hospital at the time, Los Angeles County Fire Inspector Sky Cornell said. Health authorities said those affected should clean themselves with soap and water.

Attorney Gloria Allred said in a statement Friday that teachers who were exposed to the fuel are filing a lawsuit against Delta Air Lines.

The airline did not immediately respond to an email requesting comment prior to the attorney’s planned late-morning news conference.

Flight 89 to Shanghai had an engine problem after takeoff and needed to quickly return, the airline said in a statement earlier this week. The Boeing 777-200 landed safely after circling back over Los Angeles while dumping fuel to reach a safe landing weight.

When a plane must turn back after takeoff, the weight of a full load of fuel carries a risk of damaging the jet during landing — which can be expensive for airlines to fix. Even if there isn’t damage, airlines try to avoid overweight landings because they are required to inspect planes, which puts them out of service.

Not much is known about the health effects of exposure to kerosene-type jet fuel, according to the federal Health and Human Services Department. Studies using military personnel suggest it can affect the nervous system, but that research involved people who work around jet fuel all the time. Rats that were fed kerosene showed no increase in tumors, the agency said in a 2017 summary.

The flight crew radioed that the jet needed to return due to a compressor stall, a potentially serious problem. The pilot or co-pilot initially said a fuel dump was not needed but the aircraft later did begin releasing streams of fuel from its wings as it flew over greater Los Angeles while circling back and descending toward the airport.

The airline said it immediately began investigating, but no detailed information about the situation facing the pilots has been released.

The Federal Aviation Administration is also investigating the fuel dump, citing procedures that “call for fuel to be dumped over designated unpopulated areas, typically at higher altitudes so the fuel atomizes and disperses before it reaches the ground.”

US airlines reported 47 fuel dumps around the world in the past three years, according to an FAA review of databases at the request of The Associated Press. Just how many were at low altitude and other details were not immediately available, the agency said, adding that it doesn’t track dumps separately from bird strikes or other problems that convinced crews they needed to abort the scheduled flight and land soon.

“They don’t occur independently from another problem,” said FAA spokesman Ian Gregor. “But we do investigate them as part of our investigation into the problem that spurred the crew to dump fuel.”