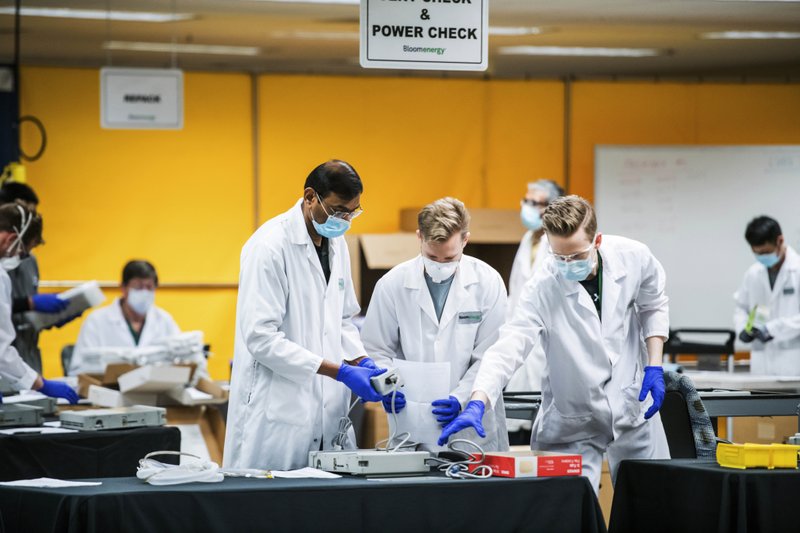 California’s governor announced Monday the state would loan 500 ventilators to the national stockpile for use by New York and other states experiencing a crush of coronavirus-related hospitalizations.

California chose to loan out some of its equipment because it is not yet in as dire a situation as New York, now the nation’s epicenter for the crisis, said Jesse Melgar, a spokesman for the governor. Gov. Gavin Newsom said state modeling shows California will hit its peak of cases sometime in May.

“I know that if the tables were turned and we were experiencing a hospital surge, other states would come to our aid and provide ventilators just as we are today,” Newsom said in a statement.

As of Friday, California had access to 4,252 ventilators, Newsom said. Melgar said Monday the state is boosting that number by rehabilitating thousands of broken ventilators and procuring thousands more from other places. But he declined to provide a rough estimate of how many ventilators the state now possesses.

Hydrogen fuel cell manufacturer Bloom Energy has dedicated a portion of its production plants in California and Delaware to repairing old ventilators. As of last week, the San Jose-based company had repaired 515 ventilators, with more on the way. The company says it has the capacity to repair up to 1,000 per week.

Virgin Orbit, billionaire Richard Branson’s company that makes rockets, has developed a prototype for a “bridge ventilator” designed to help patients breathe until they can be put on a traditional ventilator. The company is awaiting federal approval before it can begin mass producing the model, which was developed in partnership with researchers at the University of California, Irvine.

Newsom touted both as part of California’s efforts to procure ventilators. Asked Saturday if California would share medical supplies with other states, Newsom told reporters the state was “working day and night to find new ventilators.” But, he said, if the state was in a position to share medical supplies or to team up with other states to bulk purchase such supplies “absolutely, unequivocally we will do that.”

While the federal government hasn’t given California any ventilators from the national stockpile, it has sent other supplies to the nation’s most populous state. As of last week, California had received roughly 837,000 N-95 masks, 1.31 million gloves, nearly 2 million surgical masks, as well as face shields, surgical gowns, coveralls and 2,000 medical station beds, according to a White House press release.

California has recorded more than 15,000 confirmed cases of COVID-19 virus infections and at least 320 deaths, according to the latest data compiled by Johns Hopkins University. New York, meanwhile, has more than 123,000 confirmed cases and more than 4,000 deaths. For most people, the coronavirus causes mild or moderate symptoms, such as fever and cough, that clear up in two to three weeks. For some, especially older adults and people with existing health problems, it can cause more severe illness, including pneumonia and death.