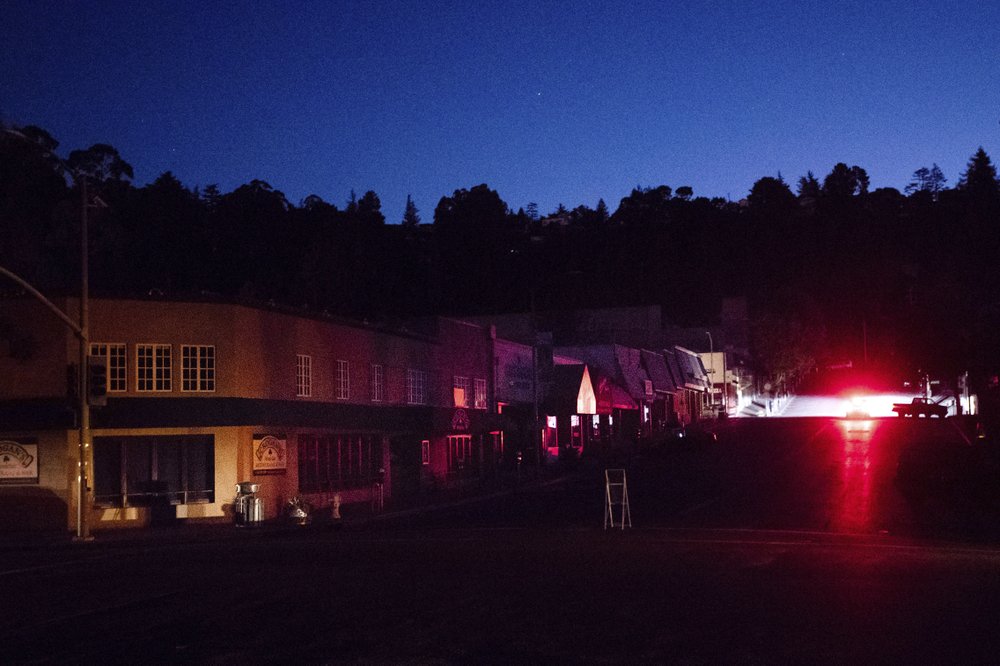 PG&E said Thursday it did not receive any reports of fires related its power equipment in areas affected by the Public Safety Power Shutoff (PSPS), a preventive action it took on Wednesday in an unprecedented power outage sweeping across Northern and Central California.

Despite the gradual process of rebooting electricity, PG&E said approximately 600,000 of its customers are still currently without power as a result of the PSPS program.

The San Francisco-based company said only about 4,000 customers, or one-tenth of the original estimate, in Kern County in Central California would be affected by the third-phase blackout plan.

PG&E completed its planned shutdown of power across 34 counties in California on Thursday, as peak wind gusts hit about 123 km per hour at Mt. St. Helena West in Sonoma County and 120 km per hour in Contra Costa County.

The company said about 6,300 of its on-the-ground field personnel and 45 helicopters are standing by to prepare for any emergent repairs in case of any reported damage to its power equipment.

"The number of circuit-miles requiring inspection includes nearly 25,000 miles (about 40,000 km) of distribution lines and 2,500 miles (about 4,000 km) of transmission lines, a combined distance measuring longer than a trip around the circumference of the Earth," it added.

The massive PG&E power shutoff was the largest preemptive measure ever taken to prevent wildfires in the state's history.

The company was held responsible for poor management of its power lines that sparked fatal wildfires in Northern California and killed 86 people last year in what was called Camp Fire, the single-deadliest wildfire in California's history.

Several lawsuits and other claims for compensation from wildfire victims that amounted to billions of US dollars forced the embattled the company to file for bankruptcy protection early this year.