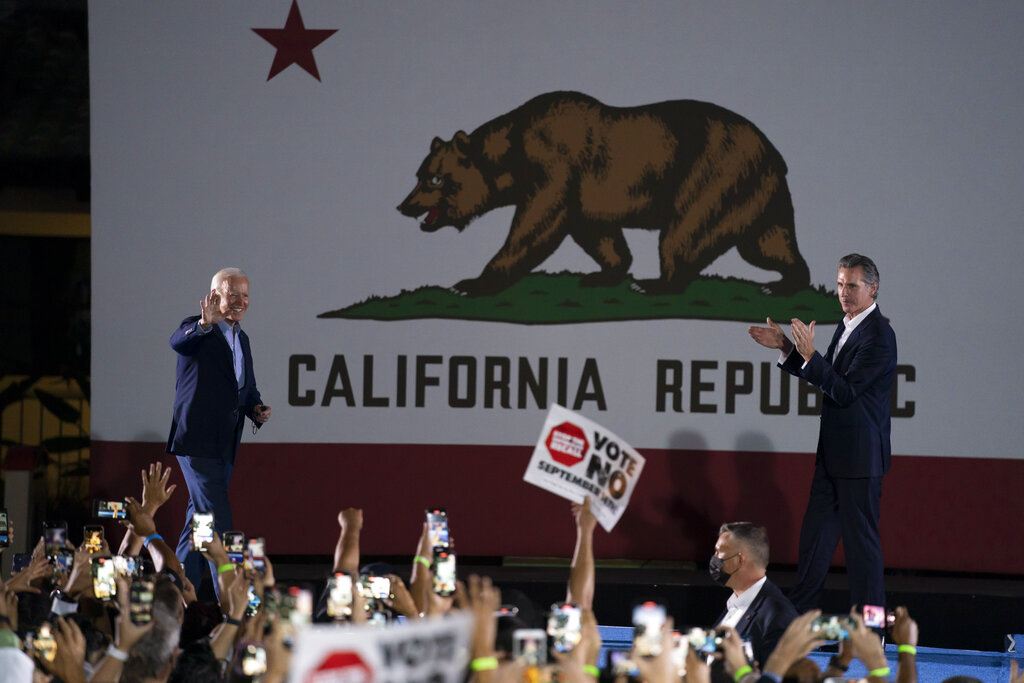 President Joe Biden, left, waves to the crowd as he walks toward the podium to join California Gov. Gavin Newsom at a rally ahead of Tuesday's recall election Monday, Sept. 13, 2021, in Long Beach, Calif. (Photo: AP)

With more than 60 percent of the statewide votes tallied, CNN and NBC both said Gavin Newsom had prevailed with around two-thirds of voters supporting the incumbent.