The state of California has long battled high levels of air pollution. 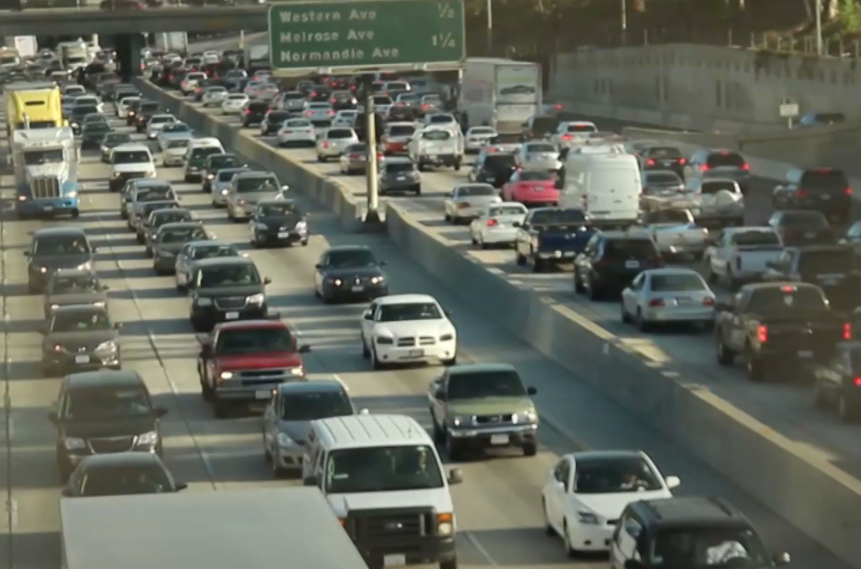 The 1967 Clean Air Act gave it a special exemption in setting its own air quality rules, even stricter than the federal government.

California has long enjoyed its independence over establishing its own air quality standards, through stricter regulations on carbon emissions and tailpipes for vehicles.

President Trump announced the move in September, suggesting that rolling back on tailpipe and emission standards would allow for cheaper and safer cars he said, the increased production would also lead to more jobs.

Since then, the state of California has taken Trump to court to prevent the move that has also triggered heated debates in Congress.

"When people talk about the costs of a dirty car and how it may be more expensive to upgrade to a clean car, it’s important that we understand that the dirty car also includes my nephew's nebulizer, it includes medical costs, it includes the dirt and the grime that builds up in the communities that are left behind,” U.S. Democratic Representative Alexandria Ocasio-Cortez said.

Some experts have argued the cost-benefit analysis of the administration was flawed.

"What I would call misguided parameter choices, including in particular the scaling down of social costs of carbon from $48 per ton, to $7 per ton. The argument used by the Trump administration was that we should only account for the domestic benefits of reducing greenhouse emissions. However, and to the best of my knowledge, there is really no scientific reason to make these parameter choices,” University of Southern California Public Policy and Economics Professor Antonio Bento said.

Bento explained the administration’s move is not just about cheaper or safer cars.

“We have seen almost from the time Mr. Trump was a candidate for president, this desire, so to speak, to bring back the coal industry and part of the argument was that all environmental regulations and in particular the idea of moving forward with an aggressive climate policy was going to destroy pillars that were essential for economic growth in this country,”Bento continued.

But, California is not caving in. Los Angeles Mayor Eric Garcetti announced an ambitious plan to reduce carbon emission 25% beyond existing commitments over the next six years.

Ford, Honda, BMW and Volkswagen had initially announced their commitment to California emission standards but were later issued a civil subpoena by the Department of Justice to explain their voluntary agreement.

Company executives approached by CGTN at the LA Auto Show shied away from elaborating on their policies, currently caught in between a fight between the state and federal governments.

But, rights groups emphasize the stakes go beyond just California and the carmakers.

With so much at stake, the on-going legal battle could likely end up at the Supreme Court.