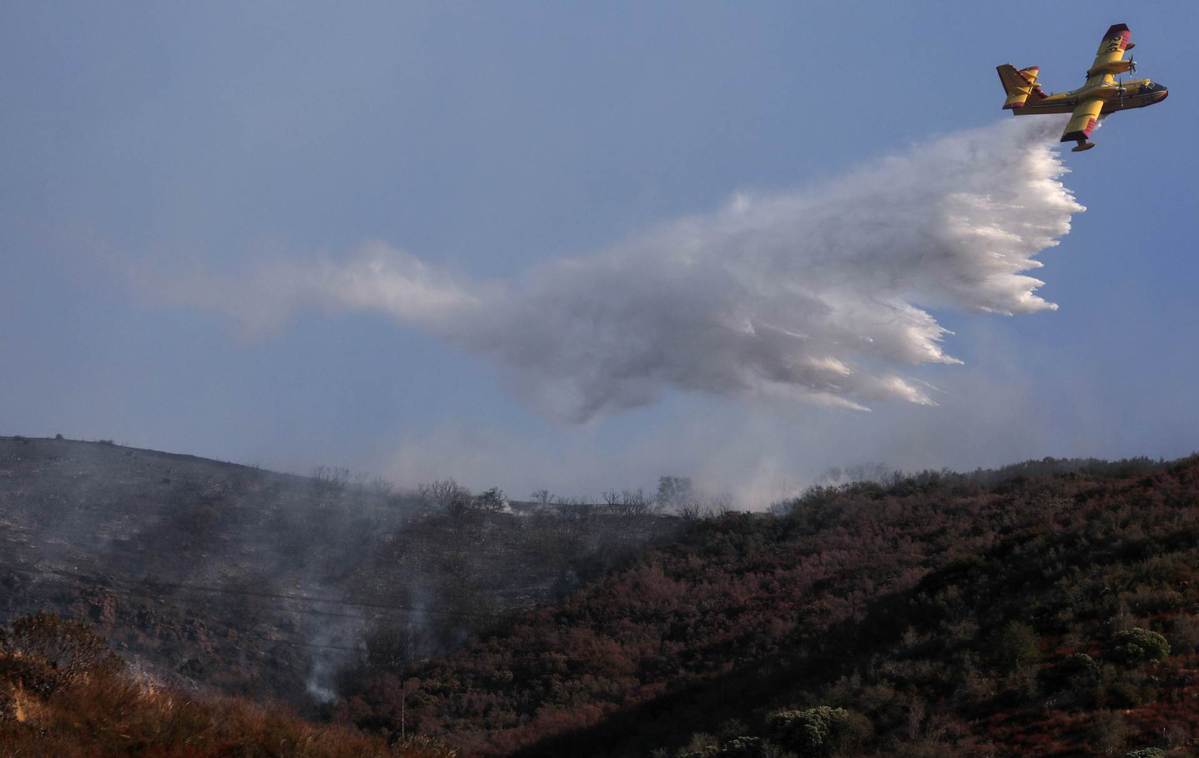 A firefighting aircraft performs a water drop as the Martindale Fire burns in the Angeles National Forest on September 28, 2020 near Santa Clarita, California. (Photo: Agencies)

SAN FRANCISCO -- Wildfires in California have burned more than 3.75 million acres (15,175 square km) of land this year with 26 fatalities as of Monday, according to California Department of Forestry and Fire Protection (Cal Fire).

More than 66,000 people were under evacuation orders from several fast-growing new wildfires by Monday afternoon, about 54,000 of them due to Glass and Shady fires in Napa and Sonoma counties, according to California Governor's Office of Emergency Services.

The Glass Fire, the largest currently burning in the Bay Area, swelled to 36,236 acres (147 square km) with zero containment by Monday evening, according to updates by the Cal Fire.

The Zogg Fire, starting on Sunday in Shasta County, exploded to 31,237 acres (126 square km) Monday and remained uncontained with three fatalities and 146 structures destroyed, according to Cal Fire unit's tweet.

A red flag warning was in effect on Monday for much of northern California as hot and dry conditions continued through the day, the Cal Fire said.

Due to the ongoing evacuations and threatening wildfires, Santa Rosa City Schools said that it would cancel all online classes Tuesday and Wednesday.