Calls mount for Boris Johnson to be sacked after Iranian gaffe 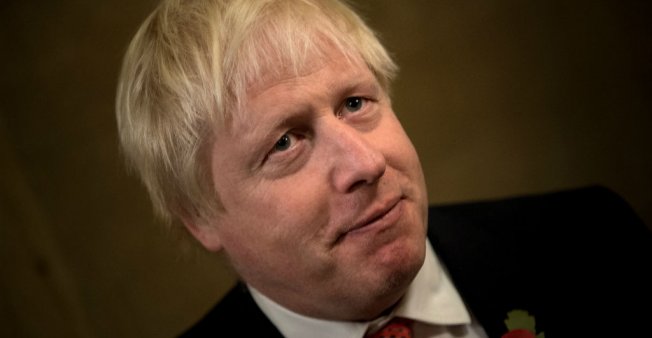 British Foreign Secretary Boris Johnson is facing mounting calls to be sacked following a week of controversy that saw the minister’s behavior pile yet more pressure on embattled Prime Minister Theresa May.

The storm began after remarks made by Johnson about Nazanin Zaghari-Ratcliffe, a British Iranian woman currently detained in Iran on charges of sedition. Johnson said that Zaghari-Ratcliffe had been in Iran “training journalists”, a diplomatic blunder that could well see the Iranian judicial system increase the 5-year sentence already handed down to Zaghari-Ratclife.

Johnson’s comment sparked immediate condemnation, with the minister forced to address his remarks in a statement given to parliament on Tuesday. Yet since then the pressure has only mounted, with political opponents sensing an opportunity to force Theresa May’s hand in sacking the minister.

On Saturday Labour party leader Jeremy Corbyn published a piece calling for the Prime Minister to sack Johnson, listing a litany of blunders committed during his tenure as foreign secretary, labelling him an “embarrassment” to the country and ruinous for Britain’s image abroad. Sadiq Khan, who succeeded Johnson as Mayor of London, also came out on Sunday and echoed Corbyn’s call for Johnson to go:

“I think he’s got to go. He’s our foreign secretary, whose job is diplomacy and representing the best interests of our country and if Theresa May was a strong Prime Minister she’d have sacked him a long time ago”, Khan remarked while speaking on the BBC’s Andrew Marr Show on Sunday.

Environment minister Michael Gove has, however, defended Johnson attesting to the “great job” he has been doing as foreign secretary. Gove declared that it should be Iran “in the dock” over Zaghhari-Ratcliffe.

Johnson’s actions are among a series of ministerial transgressions that have heaped more pressure on Theresa May. Last week her government came under fire when international development minister Priti Patel was exposed for undeclared meetings with Israeli ministers. Patel was forced to resign. Less than two weeks ago it was the defence secretary Michael Fallon who was caught out on allegations of sexual assault and harassment, forcing him to step down.

Allegations have also been swirling around May’s deputy Damian Green, who faces an investigation into “extreme” pornography found on one of his Commons computers. If Green, a strong ally of May, were to step down – along with several other Conservative MPs under various investigations - the Prime Minister could be forced to face a series of by-elections that would threaten her already precarious minority government.

Johnson’s latest gaffe also puts May’s political tenure as prime minister on the line. Sacking Johnson could well see the pro-Brexit minister marshall Brexiteers within the Conservative Party to launch his own campaign to become prime minister. According to YouGov polls, Johnson’s popularity amongst Tory party members would most likely see him beat any other candidate in a leadership contest.

However by failing to censure Johnson and ousting him from cabinet, May gives credence to those like Sadiq Khan who question her leadership abilities in the face of undisciplined ministers. 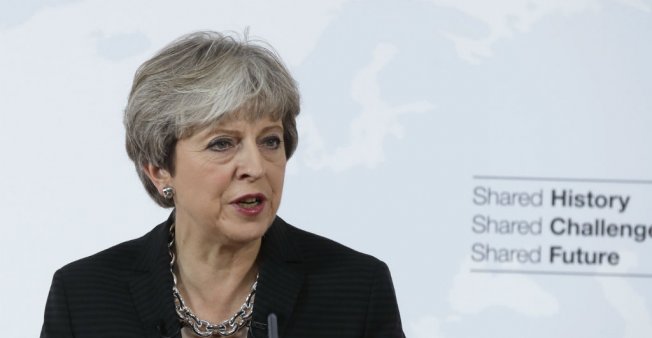 This is not the first time Johnson has posed a problem for May. The outspoken minister has publicly broken ranks with the government on other occasions, notably when an article he penned was published on the eve of the Conservative party conference that set out his personal vision for Brexit. The article’s call for a fixed transition period in leaving the EU appealed to the hardliners in the Conservative party, and renewed pressure on May ahead of the annual gathering.

Niether is the foreign secretary a stranger to controversy whilst on official trips abroad. There was his visit to the Libyan city of Sirte where Johnson was slammed for saying Sirte could be a new Dubai once “the dead bodies” were removed, and while in Burma he was criticised for being caught on camera reciting a colonial-era Rudyard Kipling poem.

But the minister has experience weathering media storms.

In 2012 during the London Olympic games, Johnson took to a zipline in east London’s Victoria Park to celebrate Team GB’s first gold medal victory, yet was left dangling after its mechanism broke. It was a mishap that would likely have been the end of many other politicians; Ed Miliband, for instance, was derided long after he was famously caught on camera eating a bacon sandwich. Yet the incident did not seem to faze Johnson, nor irreparably damage his reputation with voters. Indeed, thereafter, he ascended the political ranks to be elected in the 2015 general election, to lead Brexit’s 'leave' campaign and to become foreign secretary.

Whether Johnson can ride out this latest controversy may well be out of his hands: instead resting on the ruling of Iran’s judicial system in the case of Nazanin Zaghari-Ratcliffe.