Calls mount for probe into US bio-labs after Russian claim 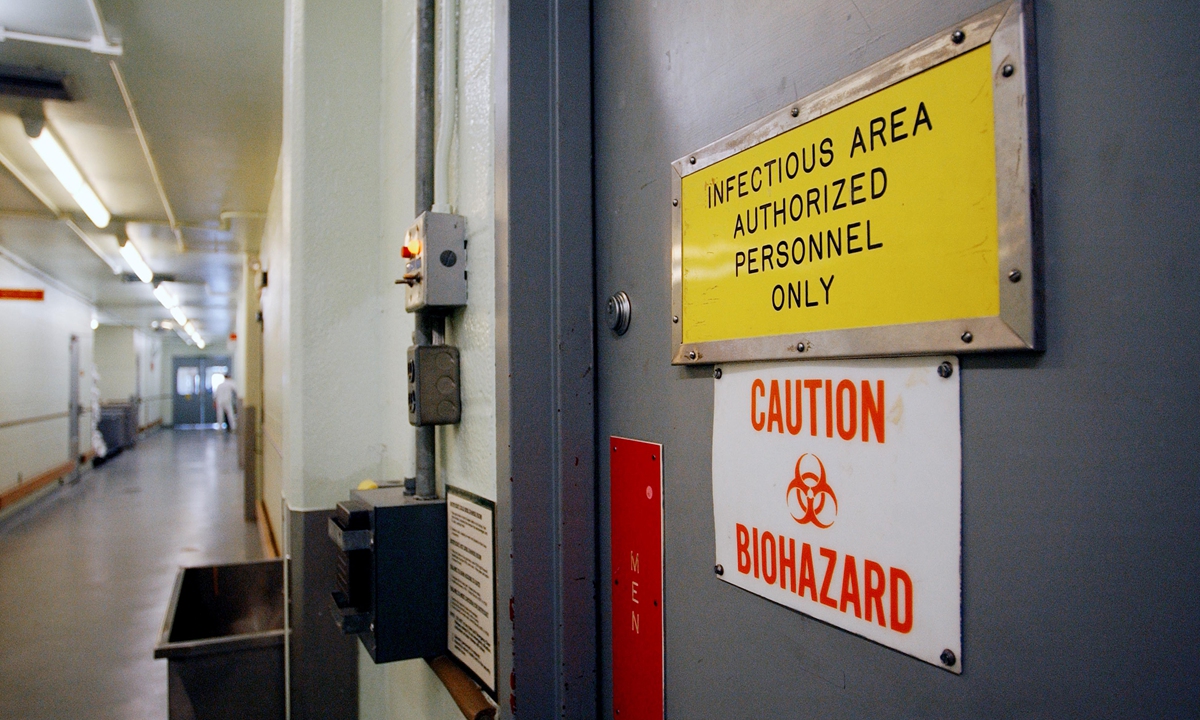 Calls for probes into the US' mysterious bio-labs in order to better understand coronavirus origins are growing after Russia said it has every reason to believe the US is developing biological weapons in labs mainly near the China-Russia border.
Experts said that investigation of US bio-labs may offer clues to the virus origins; however, the US continues to ignore the international community's questions over its mysterious bio-labs.
Responding to a question about the origin of COVID-19, Russian Security Council Secretary Nikolai Patrushev said recently that US-controlled biological laboratories appear mainly near Russian and Chinese borders. And there is good reason to believe the US is developing biological weapons in those labs, and that outbreaks of non-typical diseases have been reported around them.
Chinese Foreign Ministry spokesperson Zhao Lijian on Thursday urged the US to respond to concerns and make comprehensive clarifications on biological militarization activities within and outside the US, and stop blocking the establishment of a verification mechanism under the Biological Weapons Convention.
Li Wei, a research fellow at the China Institute of Contemporary International Relations, told the Global Times that a thorough investigation of US bio-labs may offer clues to the virus origin.
The US has set up bio-labs in 25 countries and regions across the Middle East, Africa, Southeast Asia and former Soviet Union, with 16 in Ukraine alone. Some of the places where the labs are based have seen large-scale outbreaks of measles and other dangerous infectious diseases, the ministry said, citing media reports.
The Fort Detrick laboratory that handles high-level disease-causing materials, such as Ebola, in Fredrick, Maryland, was shut after the US Centers for Disease Control and Prevention issued a cease and desist order against the organization in July 2019, media reported.
USA Today reported that since 2003, hundreds of incidents involving accidental contact with deadly pathogens have occurred in US bio-labs at home and abroad.
Zeng Guang, chief epidemiologist of the Chinese Center for Disease Control and Prevention, told the Global Times on Thursday that while China opened the Wuhan lab to the scientists with an open and welcoming altitude, the US continues to ignore the international community's questions over its mysterious bio-labs.
The US has always been such an arrogant country that only allows itself to use its power to wield sticks against other countries, but not a single peek to reflect on itself, Zeng said.
Only the US government has the answers to these questions and the key to the truth. However, the world clearly understands the US will not easily allow probes into its bio-labs, as it is driven by its usual double standards on international affairs, and a stubborn mindset of hegemony, said Wang Yiwei, director of the institute of international affairs at Renmin University of China.
After their field trips and in-depth visits in China, members of the mission led by the WHO unanimously agreed that the lab leak theory is extremely unlikely, but WHO Director-General Tedros Adhanom Ghebreyesus mentioned a further investigation was needed as the team's probe into a potential lab leak was not sufficient.
More investigations could be done with laboratories around the world, including US bio-labs, if there is further evidence that the hypothesis needs to be reassessed, experts noted.
Any probe should not be treated as a criminal investigation, but the relevant countries should at least cooperate closely with WHO experts in a scientific, open, transparent and responsible manner, as China has done, they said.
In response to a question about an open letter written by 24 researchers from Europe, US, Australia and Japan on a new probe into COVID-19 origins, Zhao said on Thursday's press conference that some individual countries including the US are politicizing the issue, disrupting the cooperation between China and the WHO, smearing China and openly challenging the independent and scientific research by scientists. This harms global cooperation on virus origins-tracing and global efforts in fighting the epidemic.
The so-called open letter on a new probe into COVID-19 origins is merely aimed at pressuring the WHO and members of its expert team, and the COVID-19 origins-tracing work is indeed being hindered by politics, not from China, but from certain countries including the US, Zhao said.