PHNOM PENH, Dec. 4 (Xinhua) -- Cambodia's Environment Ministry and international organizations called for more action on reducing the use of plastic products, noting that the kingdom still lacks sufficient resources to recycle all types of waste, an English-language daily newspaper reported on Wednesday. 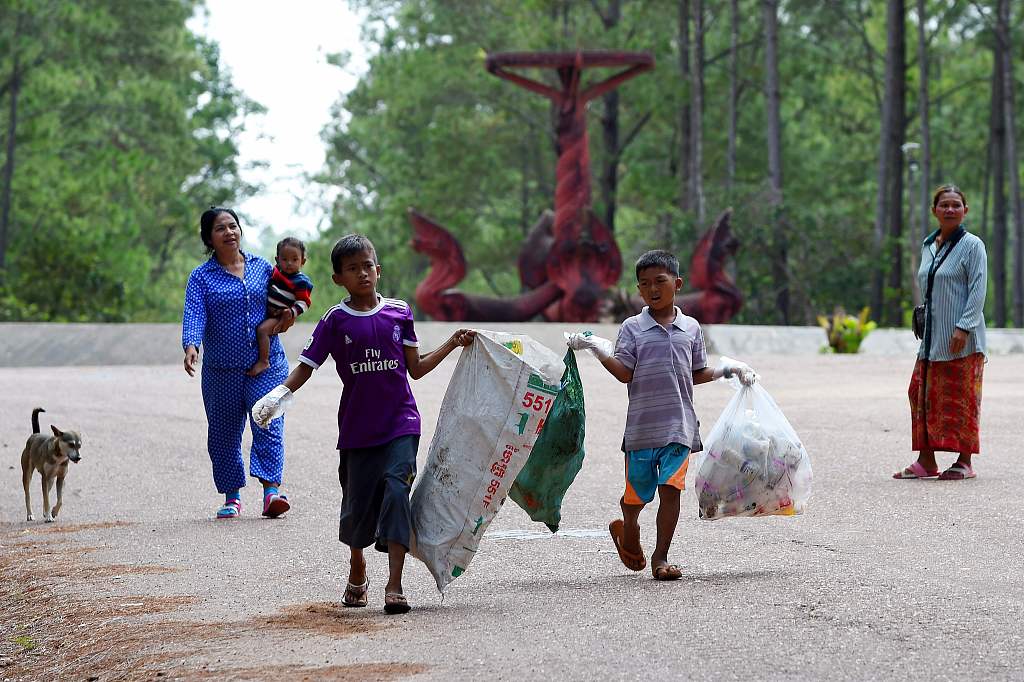 The call was made during a national forum on Action against Plastic Waste held in the capital on Tuesday.

Environment Ministry spokesman Neth Pheaktra said at the forum that waste disposal increases by 10 percent every year and the kingdom produces 4 million tons, 20 percent of which is plastic waste.

"It is the responsibility of each individual, society, businesses, organizations and relevant partners to determine prioritized action to tackle the plastics waste issue," he was quoted as saying by the Khmer Times.

Pheaktra said Cambodia still lacks proper waste management mechanisms to separate the collection of plastic waste for recycling, adding that small amounts are taken for recycling while the remainder is sent to neighboring countries to be processed.

"Even though the waste management situation in Cambodia is not good, it is improving because the public, especially youths and officials at the ground level, are starting to be aware of the issue," he noted. "People have now changed their attitudes on waste management."

According to an Environment Ministry report, the three main cities in the kingdom which produce an enormous amount of waste are capital Phnom Penh, Sihanoukville and Siem Reap city.