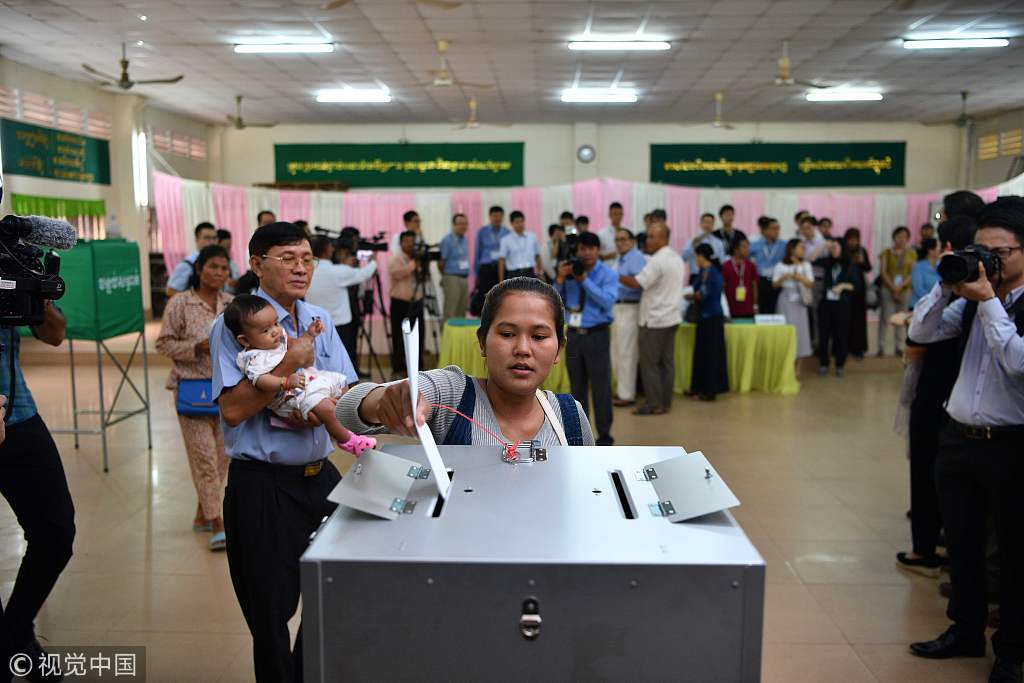 A voter drops her ballot into a box during the general election in Phnom Penh on July 29, 2018. (Photo: VCG)

The sixth general election kicked off in Cambodia on Sunday with a total of 20 political parties taking part in the race, a National Election Committee (NEC) spokesman said.

Some 8.38 million eligible voters are expected to cast their ballots in the election, which is held to elect the members of parliament for the 125-seat parliament.

Sovannarom said it is forecast that "more than 60 percent" of the eligible voters will turn out to vote. In the last election in 2013, voter turnout was recorded at 69.6 percent.

The preliminary results are expected to be announced on Sunday evening.

The Southeast Asian country holds a general election once every five years.