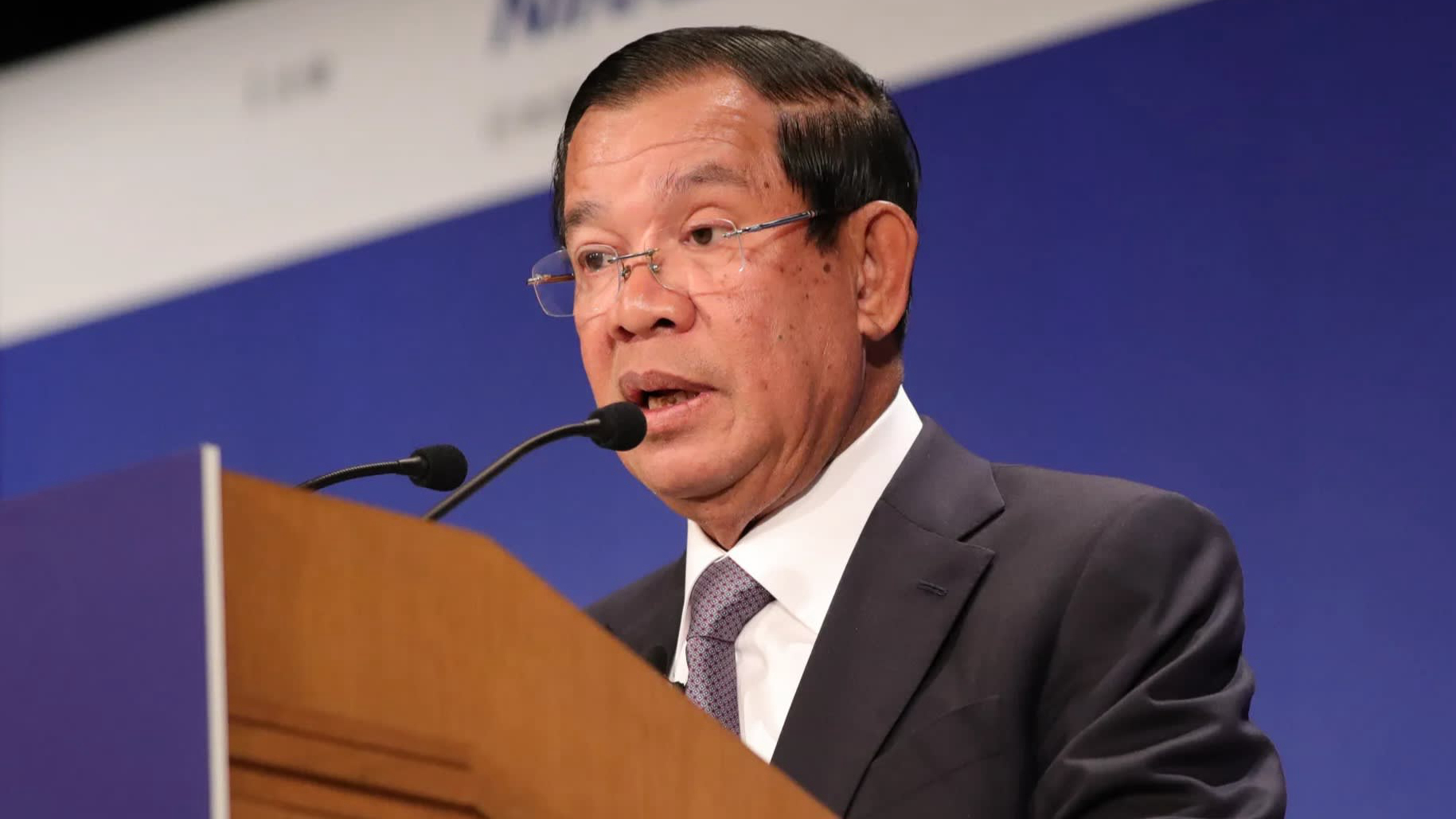 Cambodian Prime Minister Hun Sen expresses concern about the U.S.-China trade conflict at the Future of Asia conference in Tokyo, May 30, 2019. (Photo: Nikkei)

Cambodian Prime Minister Hun Sen announced Tuesday that the kingdom had extracted its first drop of crude oil from its waters, a long-awaited milestone for the Southeast Asian nation.

But production stalled as the government and the US giant failed to reach a revenue-sharing agreement, leading the firm to sell its stake to Singapore's KrisEnergy in 2014.

Hun Sen hailed the first extraction of crude as "a new achievement for Cambodia's economy," saying "The first drop of oil has been produced."

"The year 2021 is coming... and we have received a huge gift for our nation - the first oil production in our territory," he said in a Facebook post.

The crude was taken from an area off the southwestern coast of Sihanoukville.

Chevron's discovery of the reserves led the kingdom to be feted as the region's next potential petro-state, with the government estimating hundreds of millions of barrels of crude were beneath its waters.

KrisEnergy currently holds a 95 percent stake of the block where the oil was taken from, while the government holds the rest.

Kelvin Tang, the CEO of KrisEnergy's Cambodia operations, said there has been a "steep learning curve" to launch the field production during a global pandemic.

"The cross-border logistics of mobilizing personnel and equipment to execute this development safely during this time of COVID-19 would not have been possible without [government support]," he said.

The company expects a peak production rate of 7,500 barrels a day once the drilling program is completed in February 2021 - a modest amount compared with Cambodia's oil-producing neighbors Vietnam and Thailand.

But the revenues could be significant for the government, which estimated in 2017 that it would make at least $500 million in royalties and taxes from the first phase of the project.

The discovery also raised concerns about how Cambodia would use its new-found wealth, but Hun Sen, Asia's longest-serving leader, dismissed them, calling the extraction a blessing for Cambodians.