Cambodia's Prime Minister Hun Sen and four Cabinet ministers were in quarantine Thursday after they met with Hungary's foreign minister the same day he tested positive for the coronavirus. 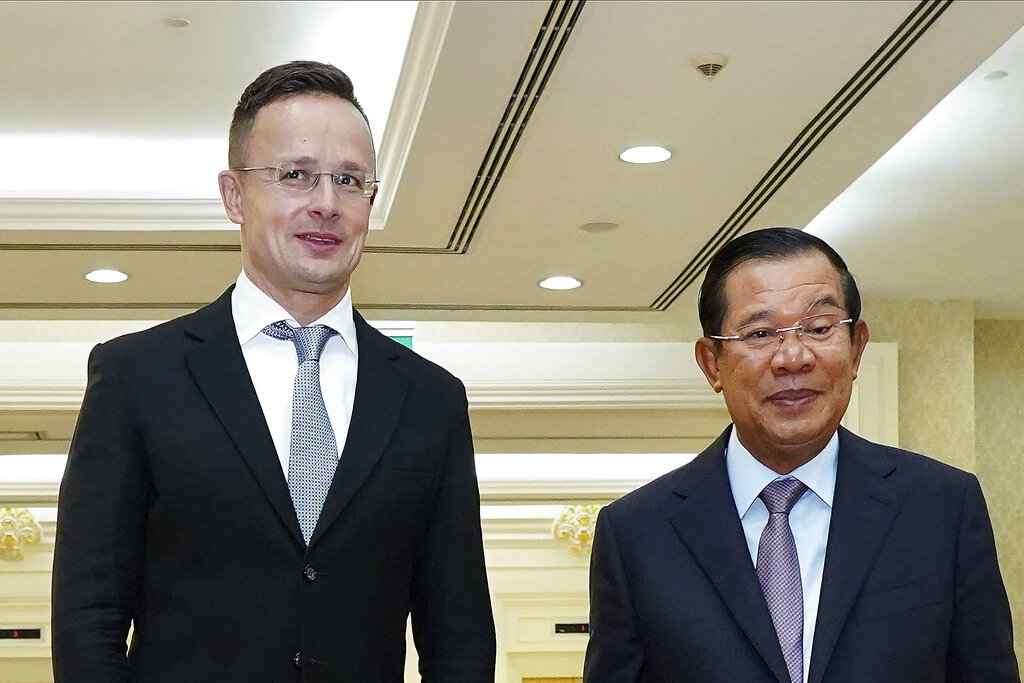 Hun Sen on his Facebook page said he has tested negative and would abide by the country’s coronavirus guidelines and stay quarantined for 14 days, during which he would not meet with family members or attend public events. He said his wife and 16 of his staff — bodyguards and drivers — also tested negative.

The Cambodian Health Ministry said all 628 people who were part of the visit have tested negative so far and it urged everyone who had contact with the Hungarian delegation to be tested and to quarantine for two weeks.

Later that day, Szijjarto traveled to Thailand, where he tested positive on arrival. He was placed in quarantine before leaving for Hungary on Wednesday, and all his meetings in Bangkok were canceled. The rest of his entourage tested negative.

Cambodia has reported about 300 cases of coronavirus in total and reopened schools on Monday for the first time since March, with class sizes and hours limited by anti-virus precautions.