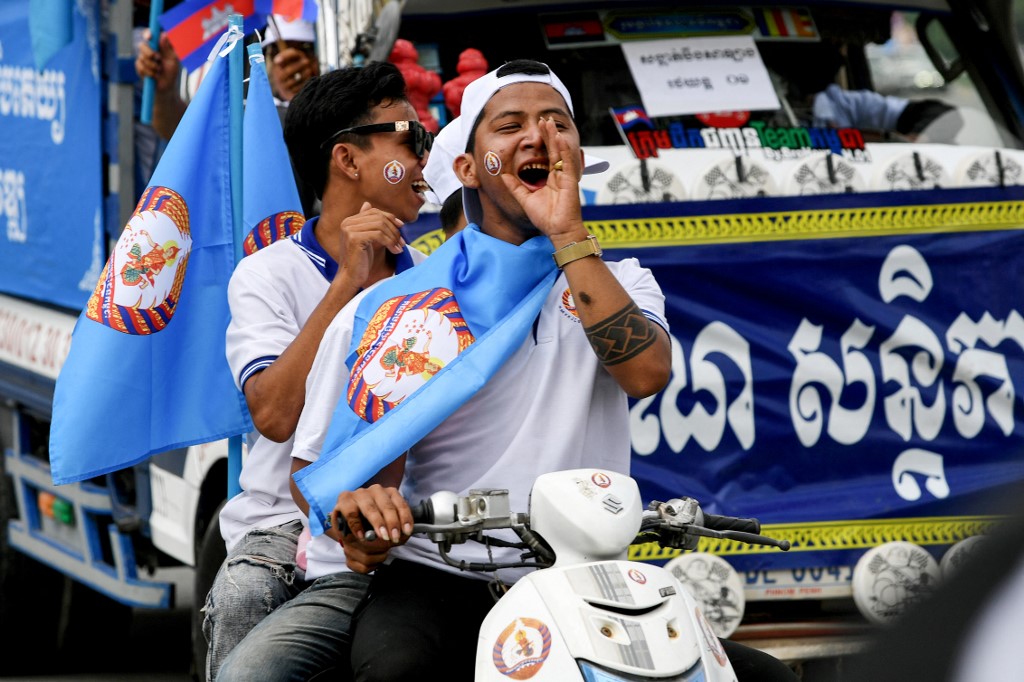 Supporters the Cambodian People's Party (CPP) shout slogans during a rally on the last day of campaigning for the commune elections in Phnom Penh on June 3, 2022. (Photo: AFP)

Seventeen political parties contested in the polls for the 11,622 positions of commune councilors in 1,652 communes across the Southeast Asian nation for the next five years.

"It was a successful election with a peaceful atmosphere," he said. "Security, safety and public order were well maintained, and no incidents or acts of violence were reported."

The commune polls are seen as a test for the popularity of political parties ahead of the general elections in July 2023.