WORLD Cambodia will not 'bow its head' for EU trade preference: PM

Cambodia will not 'bow its head' for EU trade preference: PM

Cambodia's strongman leader Hun Sen said Tuesday his country would not "bow its head" to the European Union as the bloc prepares to decide whether to cancel trade benefits to the kingdom over its human rights record. 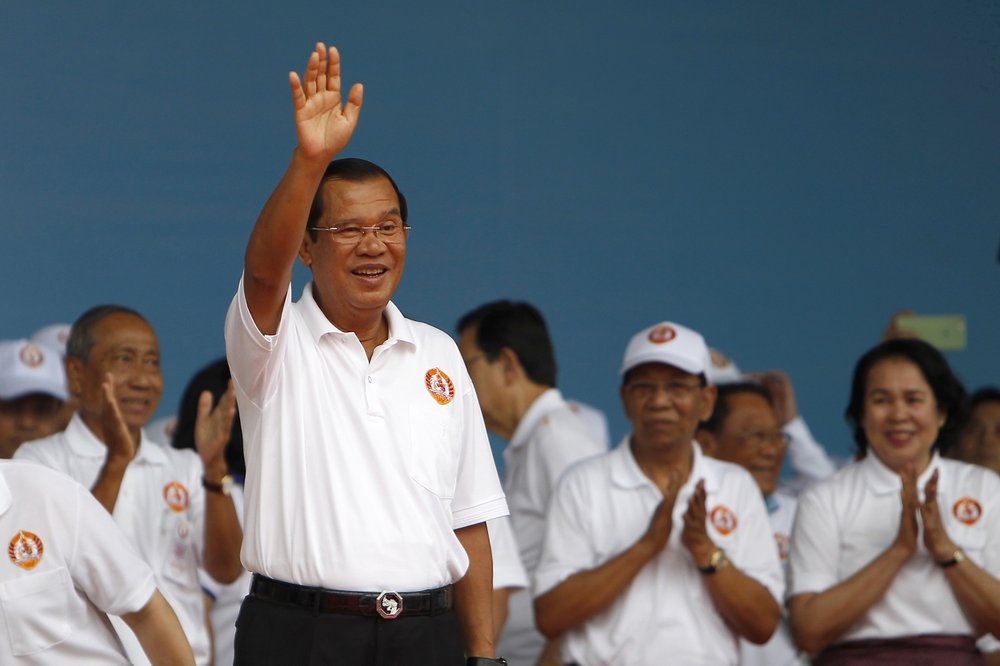 In this Saturday, July 7, 2018, file photo, Cambodian Prime Minister Hun Sen waves to supporters during his Cambodian People's Party's campaign in Phnom Penh, Cambodia. Cambodians voting in the general election on Sunday, July 29, will have a nominal choice of 20 parties but in reality, only two serious options: extend Prime Minister Hun Senâ€™s 33 years in power or not vote at all. (File photo: AP)

But premier Hun Sen warned of economic rough seas ahead for his country, with some garment factories likely to close in the coming weeks as key supply chains from China slow amid the coronavirus crisis.

The EU is set to decide on Wednesday whether to suspend duty-free preferences under the "Everything But Arms" (EBA) deal to Cambodia over the country's rights record following 2018 elections held after the main opposition party was banned.

The move also follows repeated calls from the EU to drop charges against opposition leader Kem Sokha who is currently on trial for treason, a charge widely pilloried as politically motivated.

"I don't need to make any statement asking them to keep or withdraw (EBA). The right is in their hand, please decide it accordingly," Hun Sen, who has ruled for over 35 years, said on Tuesday.

But he said Cambodia "won't bow its head to anybody".

"We have to try to survive" on our own, he said, urging garment workers who benefit most from the EBA not to panic.

If the EU axes the deal, it could make a dent in the lucrative garment sector worth billions of dollars.

The industry employs more than 700,000 workers, according to the country's factory association.

Cambodia is the EU's sixth largest garment supplier and the country exports more than $4 billion worth of clothing and textile products to the bloc in 2018.