PHNOM PENH, June 5 (Xinhua) -- A Cambodian official has congratulated the Communist Party of China (CPC) on its 100th anniversary, saying that under the CPC's leadership, China has enjoyed enormous development in all spheres. 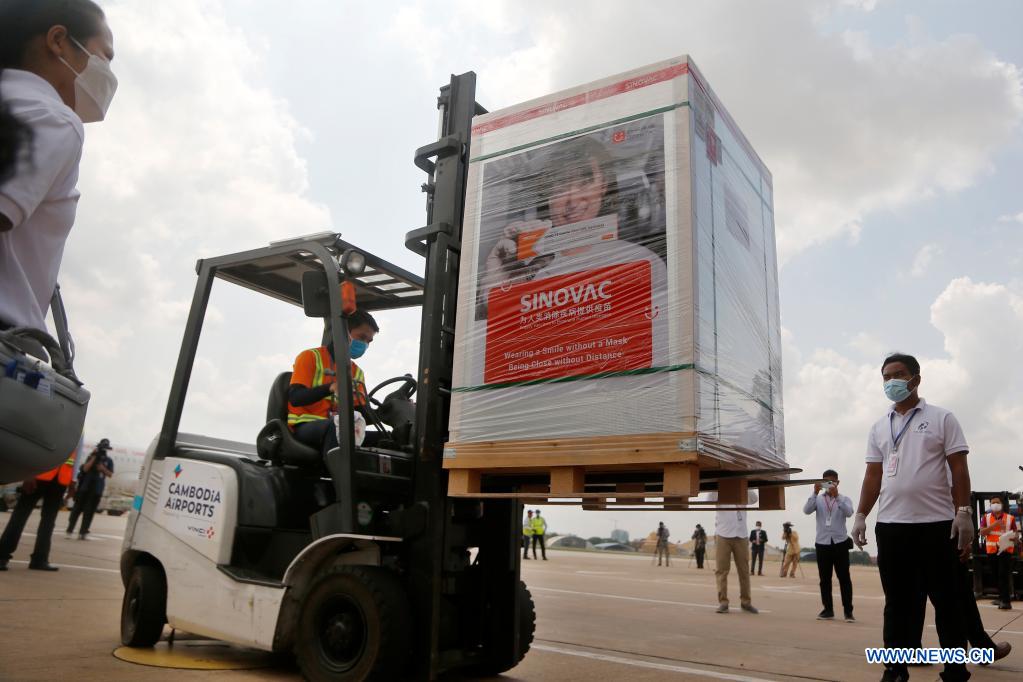 A staff member transfers a batch of Sinovac COVID-19 vaccines at the Phnom Penh International Airport in Phnom Penh, capital of Cambodia, May 11, 2021. (Photo: Xinhua)

"Congratulations to China on the 100th anniversary of the Communist Party of China, and I wish you all the best, prosperity and more development so that you can continue to help other countries," said Or Vandine, secretary of state and spokesperson for the Cambodian Ministry of Health, in a recent interview with Xinhua.

China has achieved a remarkable success in economic development, diplomacy, poverty alleviation, infrastructure, and science and technology, among others, she said.

China's peaceful development is a boon not only for the Chinese people, but also for people around the world, Vandine said, adding that China's kind support for other countries in the fight against COVID-19 is admirable.

"China is doing its great job in helping other countries to fight against the COVID-19," she said. "For China and Cambodia, we would like to see closer cooperation in all fields, especially in the field of health."

Meanwhile, she also spoke highly of the Belt and Road Initiative, saying that it has become an important platform for building a community with a shared future for mankind.