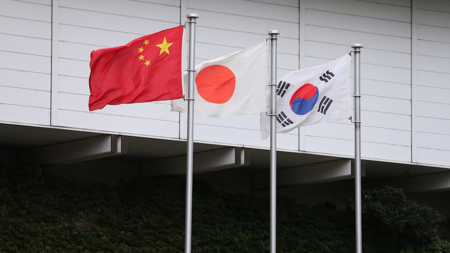 The 8th China-Japan-ROK leaders' meeting was held in China's southwestern city of Chengdu on Tuesday, and the leaders agreed to further promote cooperation, uphold free trade and multilateralism and realize the complete denuclearization of the Korean peninsula.

"It was a very good move that our ASEAN's dialogue partners China, Japan and South Korea held a meeting in China," Hun Sen said in a speech during a university graduation ceremony in Phnom Penh.

"This meeting will have a positive effect on our regional economy," he said.

"The economic size of the three countries is huge, so if their relations are good, it's not only good for themselves, but also for all countries in the region," he said.