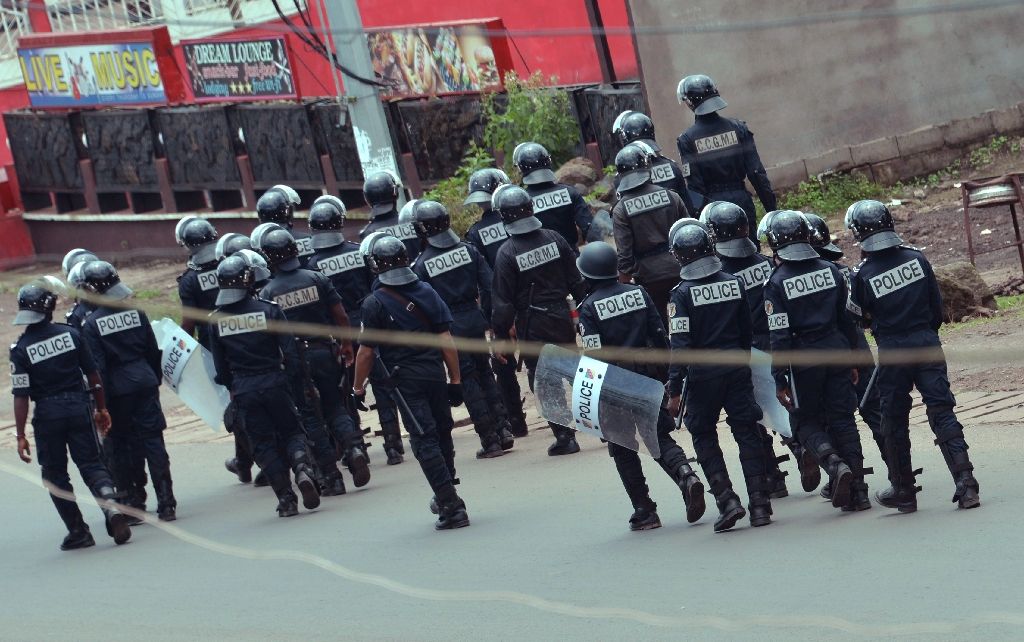 Cameroon police officers on patrol in one of the country's English-speaking regions  (Photo: AFP)

YAOUNDE (Xinhua) -- Cameroon's police are on high alert over possible separatist attacks in the capital, Yaounde, a senior police officer said on Monday.

He urged the police to adopt a higher level of vigilance in "sensitive posts" and to report any suspicious activities.

Nguelle warned that the attackers mainly use motorcycles to undertake their operations.

Police sources said some of the "wanted and notorious" armed separatists have already made contacts with "their friends" as they plan to sneak into the capital and other urban centers to launch attacks.

Armed separatists want the Northwest and Southwest English-speaking regions to secede from the majority French-speaking Cameroon and form a new country known as "Ambazonia." They have been clashing with government forces since 2017.

Last Friday, Cameroonian president Paul Biya said on last Friday, although the security situation in the regions has improved, "few (separatist) groups" continue to commit atrocities and to destroy the property of citizens.