Can crunch talks bring the Paris climate treaty to life? 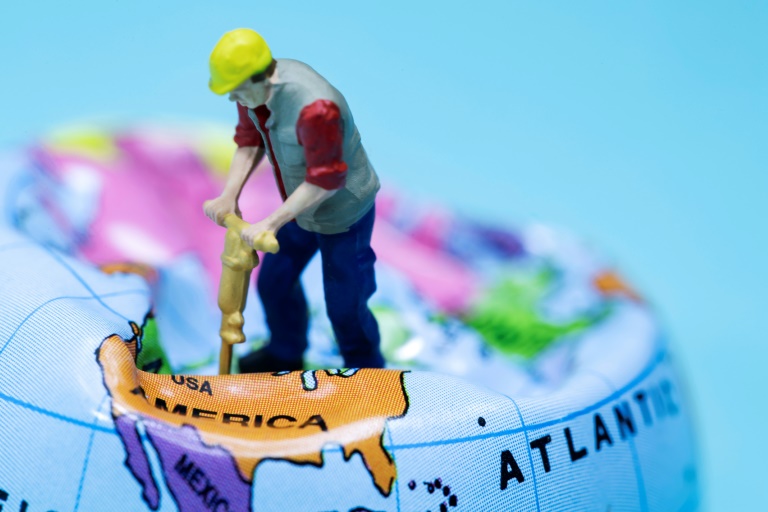 As the pace of global warming races ahead of efforts to tame it, diplomats from more than 190 nations begin crunch UN climate talks in Bangkok Tuesday to breathe life into the Paris Agreement. (Photo: AFP)

As the pace of global warming races ahead of efforts to tame it, diplomats from more than 190 nations begin crunch UN climate talks in Bangkok Tuesday to breathe life into the Paris Agreement.

This year is the deadline to finalise the "rule book" for the 2015 treaty, which calls for capping the rise in global temperatures at "well below" two degrees Celsius, and 1.5 C if possible.

"The Paris Agreement was like a letter of intent," said Michael Oppenheimer, a professor of geosciences and international affairs at Princeton University.

Unless detailed rules of implementation covering dozens of contentious and unresolved issues are agreed upon, he and other experts said, the landmark treaty could run aground.

Lamenting "uneven progress" to date, co-chairs of UN talks last month urged rank-and-file negotiators to produce "clear and streamlined options" that ministers and heads of state can push across the finish line at the December UN climate summit in Poland.

"If Parties do not achieve this in Bangkok, a satisfactory outcome in Katowice will be in jeopardy," they wrote in the unusual appeal.

The most persistent sticking points in the UN talks revolve around money.

Developing countries favour outright grants from public sources, demand visibility on how donor nations intend to scale up this largesse, and object to under-investment in adapting to climate impacts.

Rich countries want more private capital in the mix, prefer projects with profit potential, and have been reluctant to make hard-and-fast long-term commitments.

This tension flared spectacularly in July when the UN's flagship climate finance initiative, the Green Climate Fund, suffered a boardroom meltdown after members could not agree on funding priorities.

The executive director quit, and the paralysed fund -- hampered by US President Donald Trump's refusal to honour a US $2 billion pledge -- is facing a cash crunch.

The Fund's woes are both symptom and cause, and will complicate the broader talks on finance, experts say.

An even more daunting -- and arguably urgent -- task facing diplomats in Bangkok and Katowice is ratcheting up voluntary national commitments to cut planet-warming greenhouse gas emissions.

Taken together, current pledges would allow average global temperatures to climb more than 3 C (5.4 degrees Fahrenheit) above pre-industrial levels. The mercury has gone up 1 C so far.

Under the Paris accord, countries are not required to revisit these commitments until 2023.

But waiting that long could doom the planet to runaway global warming, scientists warn in a UN special report obtained by AFP, to be officially unveiled in October.

"The Intergovernmental Panel on Climate Change (IPCC) 1.5 C report will show the need for increased ambition if we want to have a functional human civilisation in the future," said Wael Hmaidan, executive director of Climate Action Network, which groups hundreds of climate NGOs.

Debilitating heatwaves and deadly fires across the northern hemisphere this summer may be a mild foretaste of what a climate addled future would look like.

"We need to see announcements of increased ambition from some of the big countries that put out 2030 commitments -- China, India, Brazil, the European Union, Japan," said Alden Meyer, policy and strategy director for the Union of Concerned Scientists in Washington.

A handful of nations, including the United States, submitted plans running out to 2025.

"They are saying, 'if we -- the poorest, most climate impacted countries in the world -- are able to be in line with the 1.5 C goal, there is no excuse for bigger, richer countries not to do the same'," said Hmaidan.

Sub-national governments, regions, cities and businesses gathering in San Francisco in mid-September at the Global Climate Action Summit are also poised to unveil initiatives and commitments to speed the transition to a low- or no-carbon global economy.

But the full-throttle response needed tackle global warming has yet to materialise, as each sector looks to the other to take the lead.

"Businesses are looking to countries to build on the commitments they made in Paris," said Jennifer Austin, policy director for We Mean Business.

"Strong, clear policies are what give businesses clarity and confidence."

At the same time, even nations instrumental in forging the Paris pact have failed to redouble their efforts, said Hmaidan.

"The bottleneck for a real transformation is political will at the national level -- heads of state," he said.