From matcha ice cream to cake and chocolate, producers of traditional Japanese green tea are capitalising on growing global interest in its flavour -- even as demand for the drink declines at home. 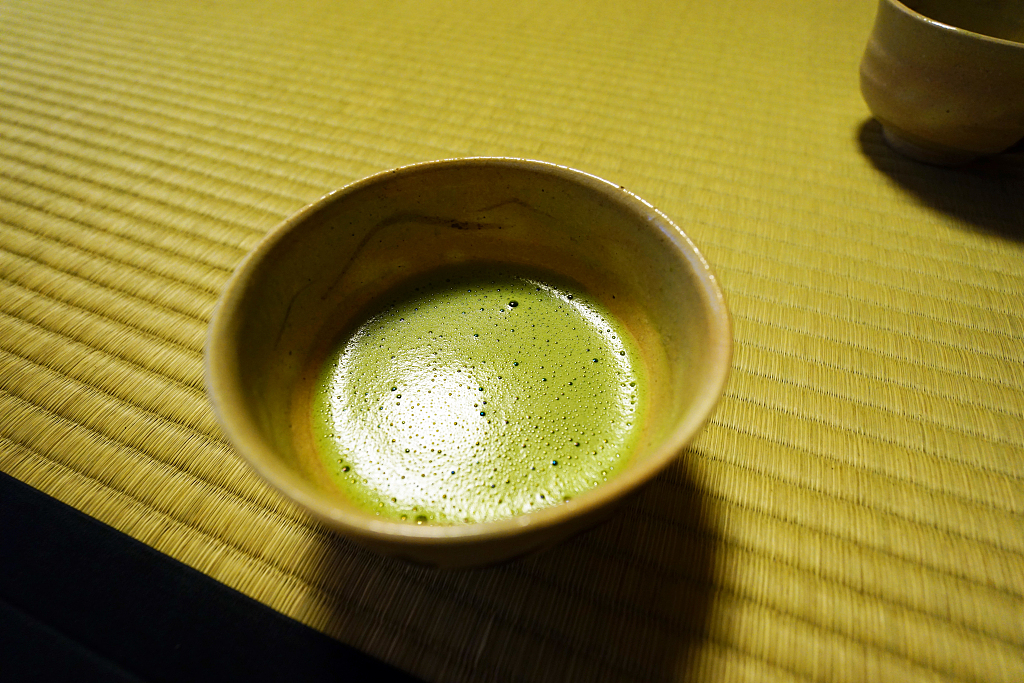 At Shigehiko Suzuki's tea shop in central Japan, adorned with a traditional "noren" drape, the customers are flooding in but more to scoop up gelato or cake than to sip the bright-green tea.

In 1998, Suzuki's company Marushichi Seicha started making powdered matcha green tea -- traditionally made using a bamboo whisk in a tiny room. The firm now exports 30 tonnes of green tea to the US, Europe, Africa, Asia and the Middle East.

"The demand for matcha is rapidly growing in the world... There's demand for ice cream, desserts and coffee," Suzuki told AFP at his shop in Fujieda, 170 kilometres (105 miles) southwest of Tokyo.

But in Japan, the consumption of green tea leaves for drinking dropped from 1,174 grammes per household in 2001 to 844 grammes in 2015, according to the latest government data -- a trend Suzuki puts down to a more westernised diet.

"The number of Japanese who regularly drink tea is decreasing while there are more Japanese who enjoy various kinds of food, so tea doesn't sell like before," said the 55-year-old.

Japanese traditionally drink green tea with rice but are doing so less as the diet becomes less dependent on the grain.

Sensing the shift, Suzuki branched into matcha-flavoured ice cream nine years ago, opening a shop where customers can choose gelato from seven levels of bitterness.

It became so popular, he opened two stores in Tokyo and one in Kyoto, matcha's traditional home.

Tea growers like 67-year-old Yoshio Shoji are also jumping on the bandwagon to grow matcha leaves -- as they command a higher price than "sencha", needle-shaped leaves used to make the traditional Japanese drink.

The matcha leaves sell for 3,100 yen ($30) per kilo on average, compared to 1,400 yen for sencha, according to the Japanese Association of Tea Production.

But Shoji said tea fields are shrinking as farmers get too old for the physically demanding work.

"The oldest one is over 80. There are not many successors," he told AFP as he gazed out over his tea fields on the mountain slopes.

"The tea price is dwindling and the work is tough."

Tea leaves were first brought from China to Japan in the early ninth century and the tea was treated more as a medicine at that time.

Now, sencha accounts for half of 80,242 tonnes of green tea produced annually in Japan, compared to 3.3 percent for matcha tea leaves -- although production of the latter is growing.

Traditional Japanese tea also suffers from something of an image problem, argues Suzuki, as it is considered the preserve of older generations.

"It is mainly the over-60s who drink tea. The younger people are, the more they drink coffee... Tea is no longer attractive to customers. Our priority is to boost its appeal," he said.

Some tea rooms are trying to modernise the traditional drink to pull in younger punters.

"There's the cultural tea ceremony and practical bottled tea. But something in-between, like a cafe where customers can enjoy tea in comfortable surroundings, didn't really exist before," Ihara said.

"It's important to come up with new ways to present and taste tea, as well as new recipes to let people rediscover the value of Japanese tea."

"But we can make it more cool."

But despite these innovative efforts, there is widespread scepticism that the decline can be stemmed.

"The Japanese sell kimonos and tea ceremonies -- the cultural side -- overseas but in the meantime, farmers are crying" because they cannot survive, said Stephane Danton, the French owner of a Japanese tea shop in Tokyo.

Danton infuses green tea with various flavours from mango to plum to cater to the palate of foreigners not used to the bitterness of Japanese tea.

And while Suzuki has enjoyed some success in expanding his matcha products, he doubts whether the industry can be saved given intense global competition.

"As matcha is popular around the world, it's now made everywhere in the world. Japan is no longer the only country making it. We'll face global competition."