OTTAWA, Nov. 7 (Xinhua) -- Canadian Prime Minister Justin Trudeau on Wednesday made an official apology for rejecting an asylum request in 1939 from a ship carrying more than 900 German Jews fleeing the Holocaust. 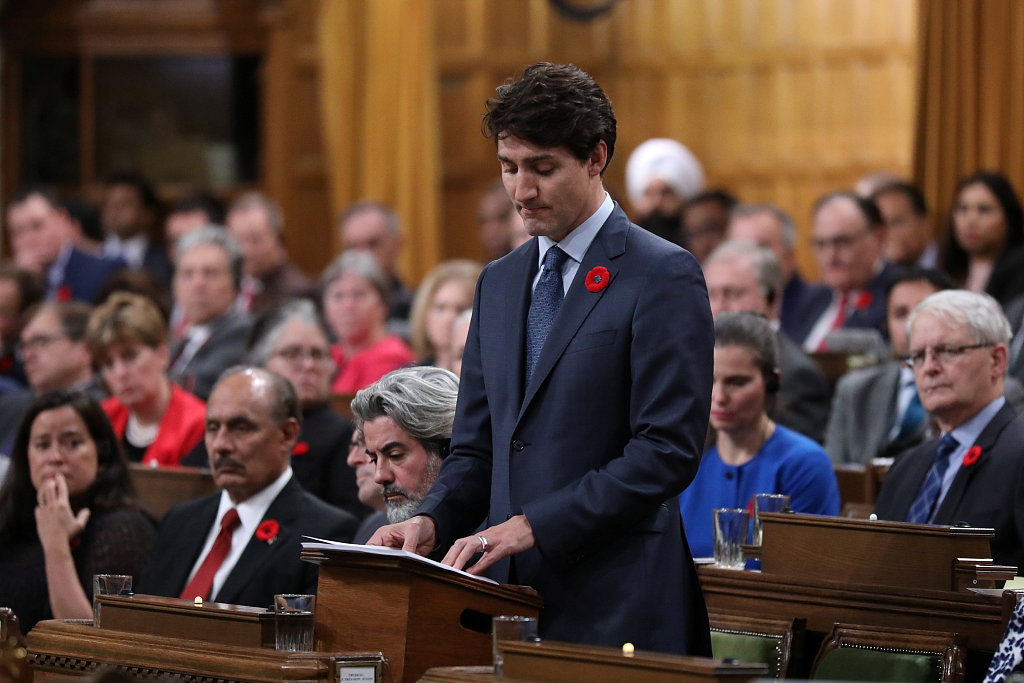 Speaking in the House of Commons, Trudeau pledged that his government will do more to protect synagogues and other places of worship from violence.

Holocaust deniers still exist and anti-Semitism remains a problem in Canada, said the Canadian head of government, adding that the latest numbers from Statistics Canada show Jews are the most frequent targets of religiously motivated hate crimes.

Trudeau recalled an attack in October in which a gunman killed 11 worshippers inside a synagogue in the northern U.S. city of Pittsburgh simply because they were Jewish.

The ensuing days have seen vigils across Canada and calls for the government do to more through a federal program that funds security improvements at places at risk of hate-motivated crimes, such as synagogues.

"I pledge to you all now we will do more," Trudeau said, without providing more details.

Canada's refusal in 1939 to accept the Jewish refugee ship forced the ship to sail back to Europe from Halifax, where it was at the time.

Most of the passengers scattered across the continent and more than 250 of them died in the Holocaust.

A few surviving passengers from the ship were present in the House of Commons to hear the apology and opposition parties' responses.

Between 1933 and 1945, Canada admitted the fewest Jews of any Allied country, Trudeau said. Of those Canada did let in, some 7,000 Jews were held as prisoners of war and jailed alongside Germans captured on battlefields.