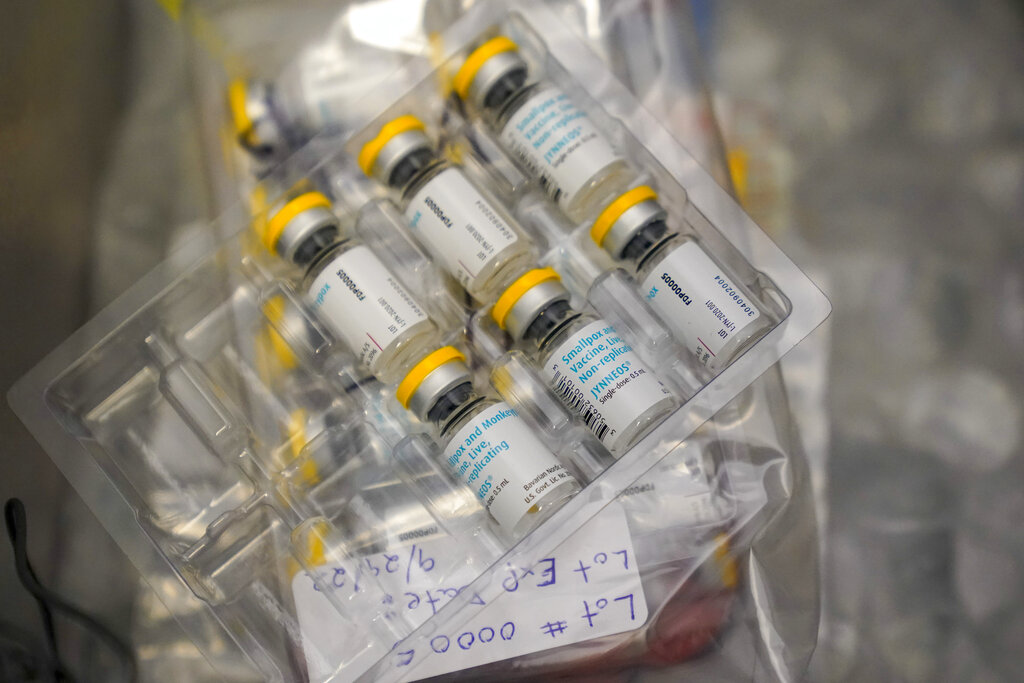 The monkeypox vaccine is seen inside a cooler during a vaccination clinic at the OASIS Wellness Center, Friday, Aug. 19, 2022, in New York, US. (Photo: AP)

OTTAWA, Oct. 28 (Xinhua) -- Canada has confirmed 1,435 cases of monkeypox, including 42 hospitalisations, the Public Health Agency of Canada said on Friday.

Of the confirmed cases, 684 are from Ontario, 524 from Quebec, 175 from British Columbia, 41 from Alberta, six from Saskatchewan, two from the Yukon and one each from Nova Scotia, Manitoba and New Brunswick, said the health agency.

Monkeypox cases remain low in Canada and there have been 24 new cases for the past three weeks.

Second doses of the monkeypox vaccine are rolling out in the country. The National Advisory Committee on Immunization recommended monkeypox vaccine to be used as a preventative, two-dose vaccine for those at risk of exposure, with the second dose, only for people who do not have symptoms administered 28 days after the first.

Monkeypox is a viral disease that can spread from person to person through close contact with an infected person, including through hugs, kisses, massages or sexual intercourse, according to experts.