Canada's opposition conservatives won a clear victory in provincial elections in oil-rich Alberta Tuesday, in a setback for Prime Minister Justin Trudeau and his environmental policies just six months ahead of national polls.

The United Conservative Party won a large majority in the legislature, with its Jason Kenney set to become Alberta premier, according to Canadian television projections.

Kenny, a minister in the government of Trudeau's predecessor Stephen Harper, will unseat the leftist New Democrats led by Alberta premier Rachel Notley.

In contrast to 2015 when Trudeau came to power and most of Canada's provinces were led by fellow Liberals, he now faces the prospect of a phalanx of conservative premiers lining up against him.

"I look forward to working with whomever wins the (Alberta) election," Trudeau said, however warning: "It is impossible in the 21st century to have a plan for the economy without having a plan for the environment." 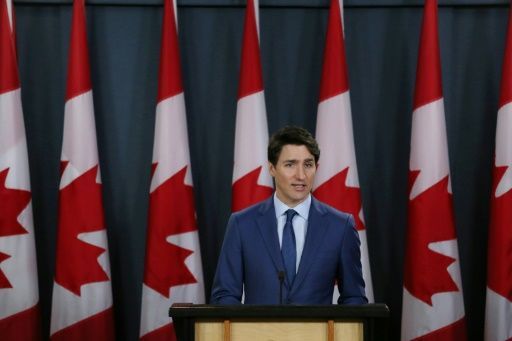 Kenney has been a strong critic of Trudeau, and notably wants to overturn a new federal carbon tax, which was imposed under Notley in exchange for Trudeau's support on the controversial expansion of a Pacific coast pipeline, bought last year by the federal government.

That pipeline project however was stalled by a court challenge, and Kenney -- who blames the prime minister for not reversing an oil slump that has cost thousands of Alberta jobs -- relentlessly attacked Notley over it.

The province sits on the world's third-largest oil reserves in the world, after Venezuela and Saudi Arabia, but the industry was devastated when crude prices tanked in 2014.

Four other Tory-led provinces -- Ontario, Saskatchewan, Manitoba and New Brunswick -- are fighting the carbon tax, which took effect on April 1, in court.

Kenney also has promised to roll back environmental protections brought in by Notley to gain Trudeau's support for the Trans Mountain pipeline expansion project.

In nationwide polling ahead of October's federal election, Trudeau's Liberals -- caught up in allegations of meddling in a corporate bribery prosecution -- have fallen behind the conservative Tories for the first time.