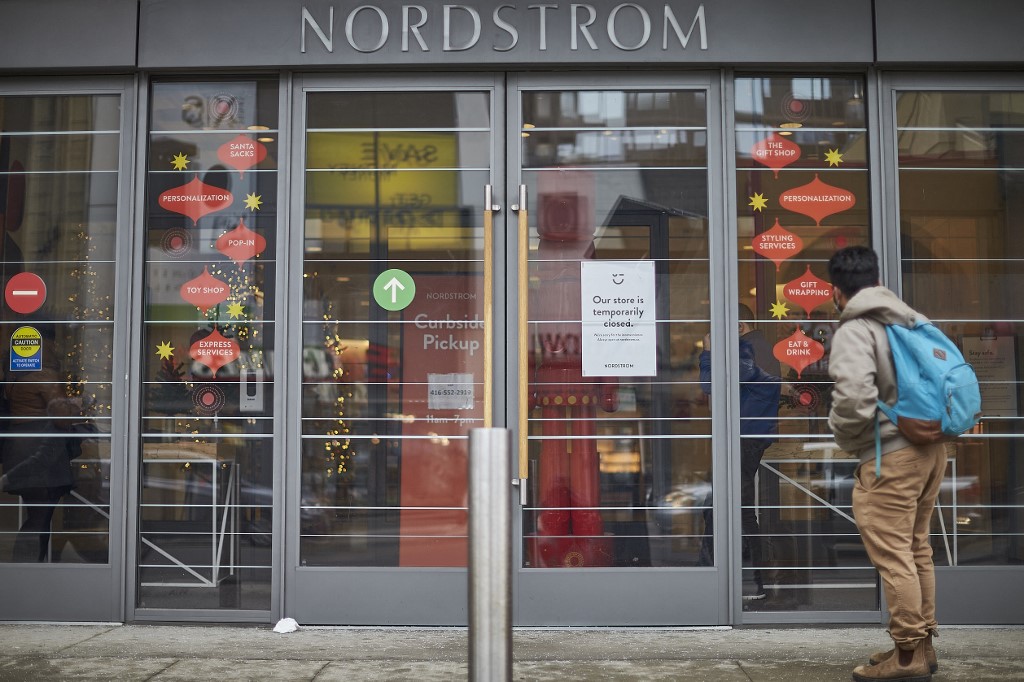 A man stands in front of the Nordstrom store, closed for in-store shopping in downtown Toronto, Ontario. (Photo: AFP)

Canada's economy grew at an annualized rate of 5.6 percent in the first three months of 2021, the government statistical agency said Tuesday.

The economy's strength was in part due to low mortgage rates fueling strong demand for housing, continued government Covid aid to households and businesses, and an improved jobs market, Statistics Canada said in a release.

The figure, however, was about a percentage point lower than analysts expected, following a revised 9.3 percent uptick in GDP in the previous quarter.