WORLD Canada extends ban on non-US arrivals by another month

Canada extends ban on non-US arrivals by another month 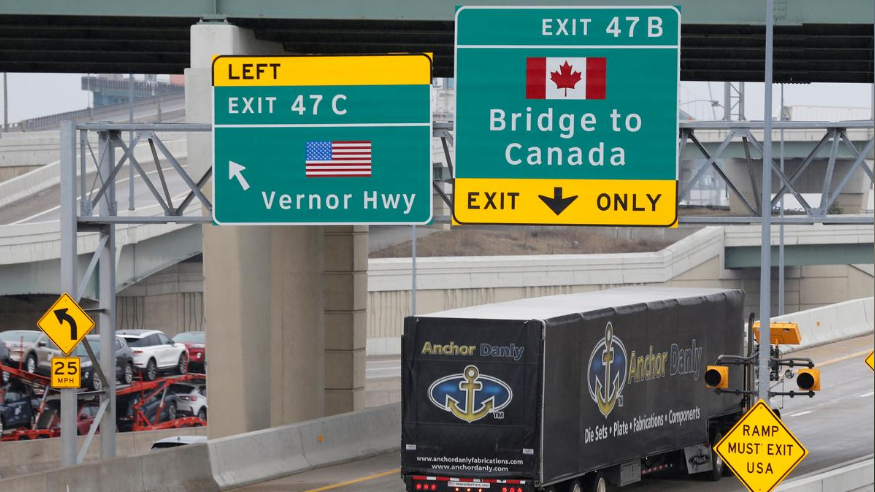 A commercial truck heads for the Ambassador Bridge , during the coronavirus disease (COVID-19) outbreak, at the international border crossing, which connects with Windsor, Ontario, in Detroit, Michigan, U.S., March 18, 2020. /Reuters

Canada extended its entry ban for most foreigners by another month to July 31 and also prolonged its quarantine requirements in efforts to prevent imported cases of the coronavirus.

The general border closure does not apply to people coming from the United States, who remain restricted to only essential travel to Canada until at least July 21, with visits for tourism or recreation forbidden.

A mandatory two-week quarantine for all arrivals will remain in place until August 31, the public health agency said.

Canada shut its borders to non-essential foreign travelers who are not Canadian citizens, permanent residents or Americans in March to slow the spread of the coronavirus and it is unclear when they will be reopened.

Border measures prohibiting foreign nationals from entering Canada from any country other than the United States subject to certain limited exceptions had been extended, Canada's public health agency said in a statement Tuesday.

Canada has also made limited exemptions to its border measures to allow for immediate family reunification. Exemptions are also in place for some individuals including diplomats, flight crews and those holding valid work or study permits.

The extension was announced as the European Union agreed to reopen its borders to 15 countries, including Canada, deemed to have brought their domestic outbreaks under control.

(With input from Reuters and AFP)