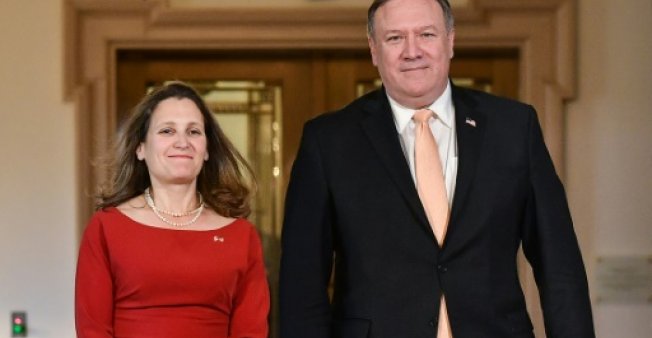 Canada filed a complaint at the World Trade Organization in response to "illegal" US tariffs on imports of Canadian steel and aluminum, Foreign Minister Chrystia Freeland said Friday.

"These unilateral tariffs, imposed under a false pretext of safeguarding US national security, are inconsistent with the United States' international trade obligations and WTO rules," Freeland said in a statement.

Canada will coordinate its WTO case with the EU, which also filed a challenge. It also requested a review of the US measures under the North American Free Trade Agreement Chapter 20 trade dispute mechanism.

"As a key NORAD and NATO ally of the United States, and as the number-one customer of American steel, Canada views the US trade restrictions imposed on Canadian steel and aluminum as absolutely unacceptable," Freeland said.

On Thursday, Washington announced tariffs of 25 percent on Canadian steel imports and 10 percent on aluminum.

Ottawa immediately hit back with proportional Can$16.6 billion ($12.8 billion US) in tariffs on US steel and aluminum as well as consumer goods.