Canada grounded the world's third largest fleet of Boeing 737 MAX 8 jetliners, or 41 planes operated by three Canadian carriers, and banned the aircraft from its airspace Wednesday. 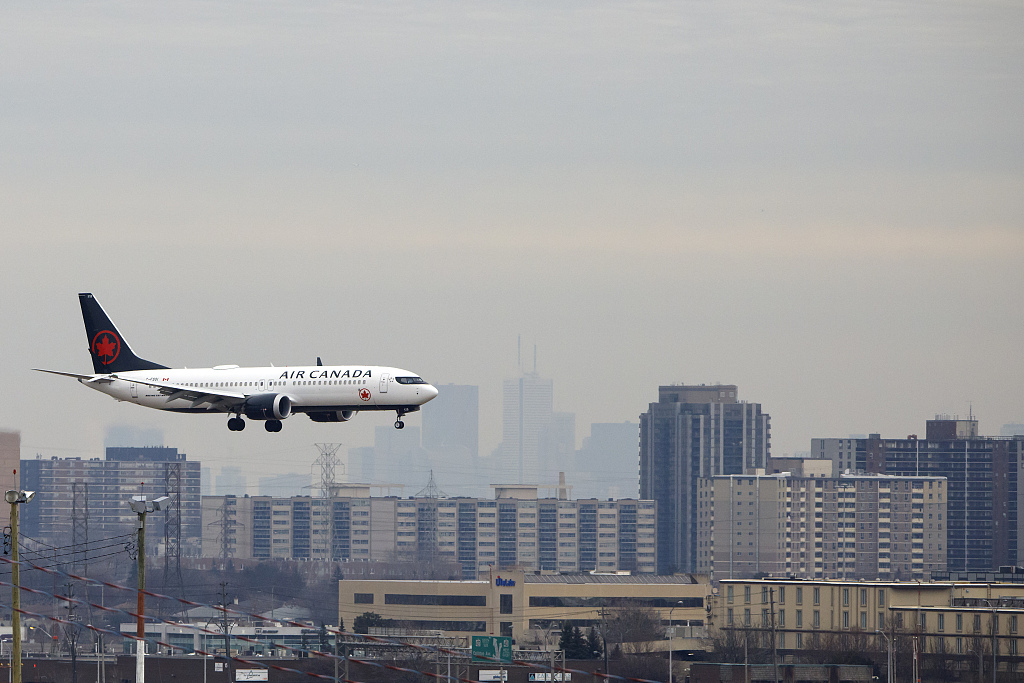 "As a result of new data that we received this morning, and had the chance to analyze, and on the advice of my experts and as a precautionary measure, I issued a safety notice," Transport Minister Marc Garneau told reporters.

"This safety notice restricts commercial passenger flights from any operator of the Boeing 737 MAX 8 or MAX 9 variant aircraft, whether domestic or foreign, from arriving, departing or overflying Canadian air space.

"This safety notice is effective immediately and will remain in place until further notice."

More than 370 of the 737 MAX 8s are in service around the world, including 41 in Canada operated by Air Canada, Westjet and charter tours firm Sunwing.

"There will be some disruptions," Garneau said. "For the moment, caution has to dominate."

His announcement comes after Australia, China, India, all European countries and others banned the medium-haul workhorse jet from their airspace in response to the Ethiopian Airlines crash on Sunday that killed all 157 people on board, including 18 Canadians.

The Nairobi-bound plane was the same type as a Lion Air jet that crashed in October in Indonesia, killing 189 passengers and crew -- and some officials have detected similarities between the two accidents.

Garneau said he made his decision after reviewing "validated satellite tracking data suggesting a possible, although unproven, similarity in the flight profile of the Lion Air aircraft."

The minister explained how software intended to correct the aircraft's pitch during takeoff, forcing its nose up or down to avoid stalling, had overridden the Lion Air pilot's maneuvers.

"The software kicked in and tried to force (the nose) down and (the pilot) said no, no, I have to climb," he said, noting the scenario was similar to that experienced on the Ethiopian flight. "Unfortunately, the pilot lost that fight with this software."

"I caution that it is new information that is not conclusive and we must await further evidence, hopefully from the voice and data recorders," Garneau added.