WORLD Canada imposes sanctions on 30 Russians over death of lawyer

Canada imposes sanctions on 30 Russians over death of lawyer 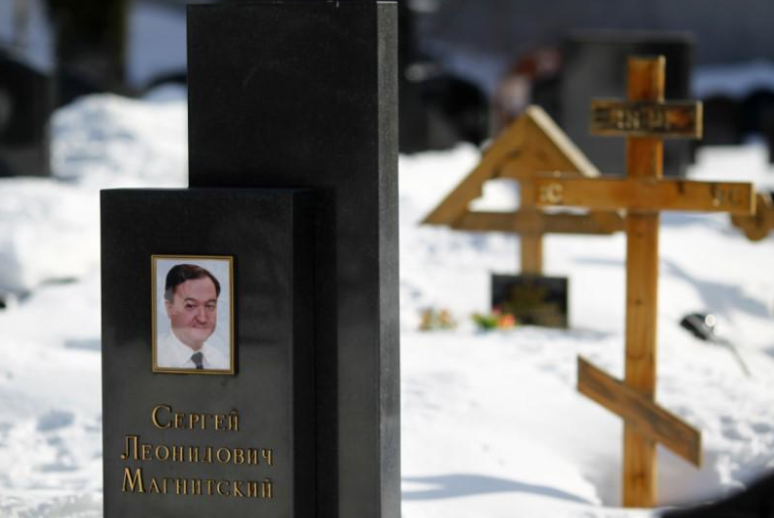 A picture of lawyer Sergei Magnitsky is seen on his grave in the Preobrazhensky cemetery in Moscow March 11, 2013.  Photo: REUTERS/Mikhail Voskresensky

Canada imposed sanctions on Friday against 30 Russian officials that it said were complicit in the 2009 prison death of Sergei Magnitsky, an anti-corruption lawyer who was jailed after alleging a massive tax fraud.

The measures - which freeze the assets of the officials and bar them from visiting Canada - were enacted through a new law giving the government the right to target those it says are guilty of human rights violations, the foreign ministry said in a statement.

Among those targeted are Alexander Bastrykin, Russia’s top investigator and a close aide to Russian President Vladimir Putin. The United States blacklisted him in January 2017, citing Magnitsky’s death.

Moscow said last month it would retaliate if Canada banned individuals under the new law.

The Russian embassy in Ottawa did not immediately respond to a request for comment.

Canada has repeatedly condemned Moscow over Russia’s 2014 annexation of Crimea and imposed sanctions along with other Western nations.

The United States adopted a law in 2012 freezing any U.S. assets of Russian investigators and prosecutors said to have been involved in the detention of Magnitsky. In retaliation, Moscow barred Americans from adopting Russian children.